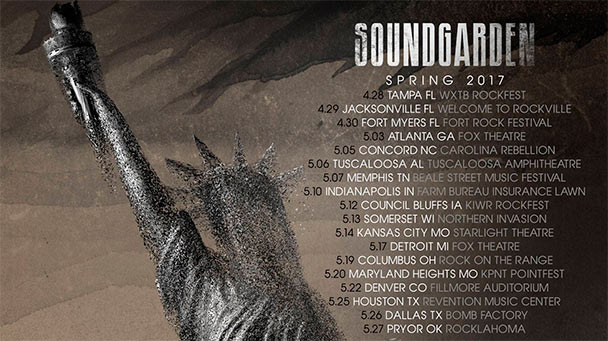 It appears that The Dillinger Escape Plan still have life left in them!

For those who don’t know, The Dillinger Escape Plan is coming to it’s end. You can read much more on the reasoning behind that by CLICKING HERE.

They’ve wrapped up a United States / Canadian tours and were recently touring Europe until running into a bus crash over in Poland. As a result, they’ve announced yet another European tour with re-scheduled dates.

Furthermore, it was just announced that the band would be making yet another series of United States appearances in support of the mighty Soundgarden! You can scope out the dates on the flyer up above…

Once this album and these touring cycles are over, there will be no more TDEP… Time is ticking…