An awesome new band by the name of John Frum has just been launched through Relapse Records. It includes a few faces you may know. To be more specific, Liam Wilson (The Dillinger Escape Plan, Ex-Starkweather) and Derek Rydquist (Ex-The Faceless) are included along with Matt Hollenberg (John Zorn, Cleric) and Eli Litwin (Intensus, Deveykus, Knife The Glitter).

They’ve released two new singles in support of their upcoming effort “A Stirring In The Noos”. This is set to hit on May 12th through Relapse Records.

You can check the latest single “Memory Palace” here and listen to “Presage of Emptiness” down below:

Enigmatic, cult metal collective, John Frum, was unveiled a video for their new song “Memory Palace.” The song is found on the band’s upcoming, debut album, A Stirring In The Noos, which is set for release from Relapse Records on May 12th.

John Frum: “Memory Palace is a journey into the ever changing and expanding void we find ourselves hurtling through, and a reflection on the fleeting knowledge one stands to gain within. It also speaks to the pitfalls of our god complex and the futility of enlightenment on any scale.” 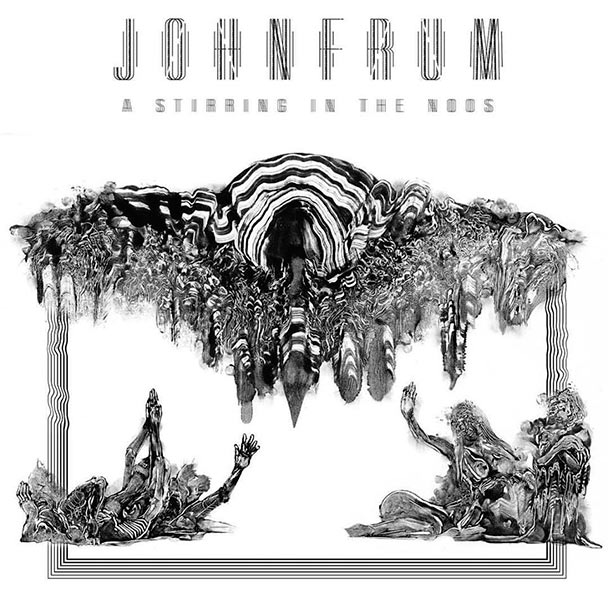