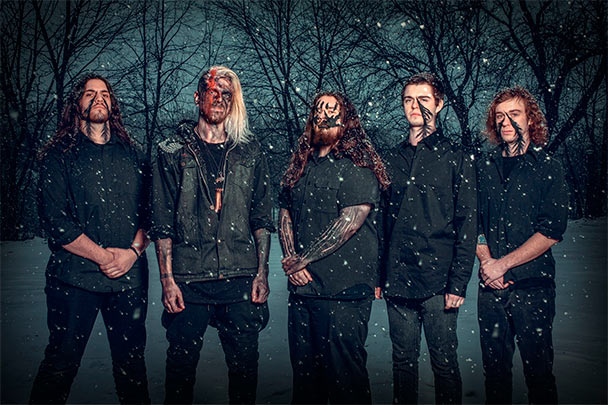 Presenting Unbowed! This is an explosive metal five-piece emerging from Guelph, Ontario, Canada. They describe their sound as ‘Brutal North’ Metal which essentially comes down to a cross of Melodic Death Metal and several other elements. The results are worthwhile to say the least.

Speaking of the results, today marks the world premiere of an all new Unbowed guitar playthrough for an all new track “Stormblood”! You can scope this out down below.

The track is being released in support of the band’s upcoming album “Through Endless Tides” which is set to make landfall on May 19th! Be on the lookout for that over on Bandcamp and Big Cartel! In support of this, Unbowed had the following to say:

“…the perfect canvas for portraying the intensity of the journey of life for all those who wish to bare a flame in this cold world that wishes to drown you.”