It has just been confirmed that the Maryland based Death Metal legends in Dying Fetus have completed recording their new album. This will be their first full-length release since “Reign Supreme” hit shelves back in 2012.

The new LP will be known as “Wrong One To Fuck With” and comes strapped with a June 23rd release date via Relapse Records. You can read over the official press release and check out the teaser trailer here:

Death metal overlords Dying Fetus has revealed the album art for their eighth studio album, Wrong One To Fuck With. The album will be released on June 23, 2017 via Relapse Records. Stay tuned for preorder information in the coming weeks. Watch the official album trailer now at this location:

Dying Fetus once again raise the bar of sonic extremity with their eighth studio album and first new material in over 5 years, Wrong One To Fuck With. The seasoned veterans manage to further stretch their creative and technical boundaries across 10 complex tracks of pulverizing death metal, filled with more dynamic intricacies, brutal breakdowns and varied vocal patterns than ever before. Now over 25 years into their distinguished career, Dying Fetus cement their legacy with Wrong One To Fuck With and uphold their position as the most dominant force in death metal today.

The first press of Wrong One To Fuck With on CD includes an expanded, deluxe packaging and the exclusive bonus track “Induce Terror.” 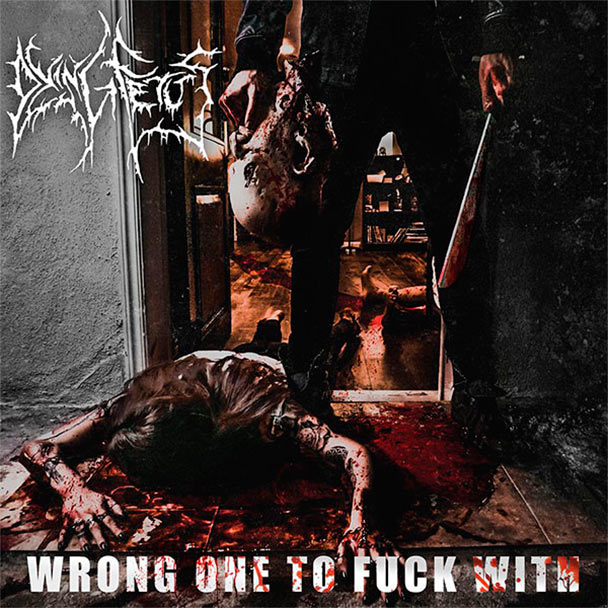