Hammerdrone strike once again! This is a heavy hitting, Canadian based band churning out some truly destructive Melodic Death Metal music. They’ve been hard at work for several years now, all five members striving to craft a tight sound. They first appeared here on The Circle Pit in regards to their 2012 debut “A Demon Rising”. Two albums later and they’re as strong as ever.

The latest album comes in the form of “Dark Harvest”, which was released on the tail end of last month. It packs a number of ear crushing tracks into a complete listening experience. This is currently available for streaming and purchase over on Bandcamp!

To support this endeavor, the band is premiering an all new music video for the title track! You can scope out the goods through the video stream provided just below. If you enjoy the sheer force of Hammerdrone’s sound, go and show the band some love! 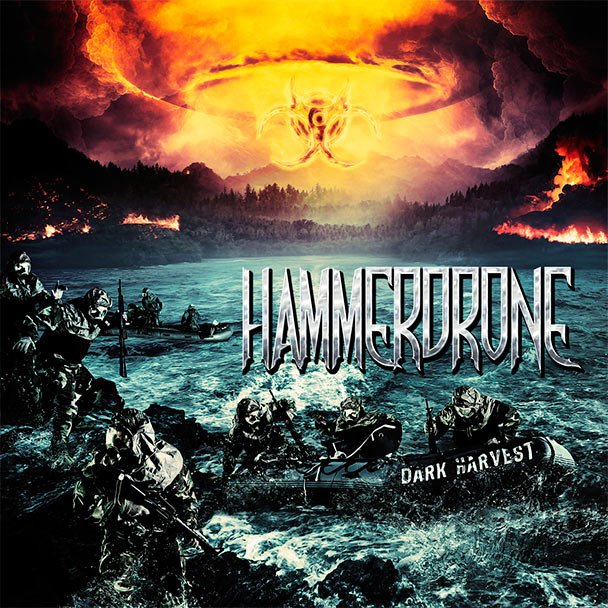