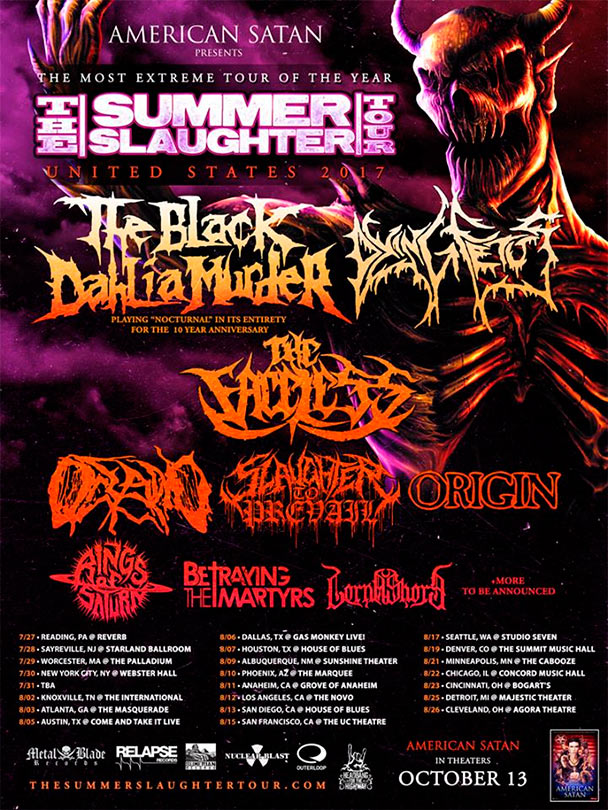 7/7/17 UPDATE – Angelmaker have been announced as the opening band for the tour, having won the annual contest over the following bands:

Here’s some music for those of you who haven’t heard of them:

6/10/17 UPDATE – The dates are here! The Faceless have also been added to the line-up with the release of an all new single!

Oringal Story- The line-up for The Summer Slaughter Tour 2017 has arrived! Check the flyer above, the official word below, and listen to some music. The tour dates will arrive on Friday…

This Friday (6/09) we will announce the cities, venues and one more very exciting special guest who will be on the tour.