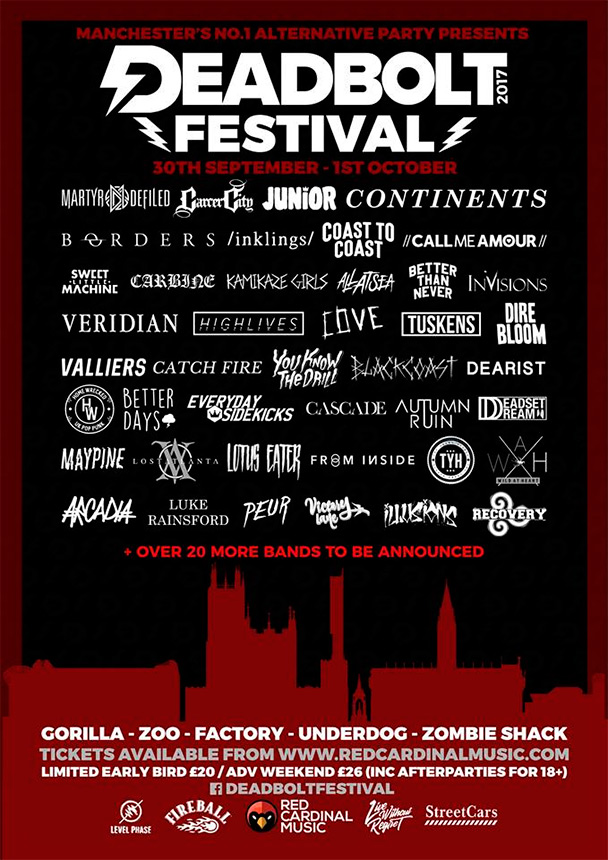 There will be three stages each day and over sixty bands will play during the weekend at Gorilla, Factory, Zoo, Underdog and Zombie Shack.

Liam Connolly, founder of Deadbolt, said: “This is our biggest event to date and we’re humbled by the great response we’ve had so far. We have a lot more to announce for both the festival and our afterparties so keep your eyes peeled!”

Weekend tickets for the festival are available to purchase for £26 and will include entry to the afterparties for over 18s. Limited Early Bird tickets are available for £20.