Back in February, Thy Art Is Murder made it known that they were finished writing their new album. Now, we’re getting the details! Going by the name of “Dear Desolation”, the album will be released on August 18th through the juggernaut Nuclear Blast Records. Pre-orders are currently available to those who CLICK HERE. The cover art and track listing have also surfaced and can be found down below. The band also launched a new single / music video “Slaves Beyond Death”.

Guitarist Andy Marsh had said the following to Metal Wani:

“We’ve finished writing. We got together a couple of months ago, Sean and I, and we spent a few weeks writing after a tour, and we did it for three or four weeks. We’ve written a record. Now we just got to record the damn thing. We’re excited for it. We’ve topped ourselves. When we think about our music, obviously, in our heads, we think about CJ’s voice singing over it. So, having him coming back, at the end of us writing a record, it made us excited to go and record it and hear it the way we imagined hearing it. The fans, obviously, their idea of the band is with CJ singing in the band. We shared that vision, that idea also. Our band is like a small family and the way we imagine hearing our own music and how we craft the product is with that end goal in mind. It’s definitely exciting to know we can get the sound that we want. Obviously, we’d like to have the record out this year, 2017. A lot of work goes into recording and getting the artwork, lyrics, and recording it, and making videos. So, it’s a pretty lengthy process. I guess we better start working on it pretty soon.”

Now, they’ve announced that the album will be known as “Dear Desolation”. It will be packaged as a release through Nuclear Blast Records later this year. Once again, Andy Marsh had commented on the album by describing the title:

“‘Dear Desolation’ was the easiest way to sum up the new record, and some of the issues we talked about. With lyrics ranging from extinction level events, to mortality’s interaction with morality, ‘Dear Desolation’ seemed like an appropriate address toward nothingness, a call into the abyss from which we might not hear an answer.” 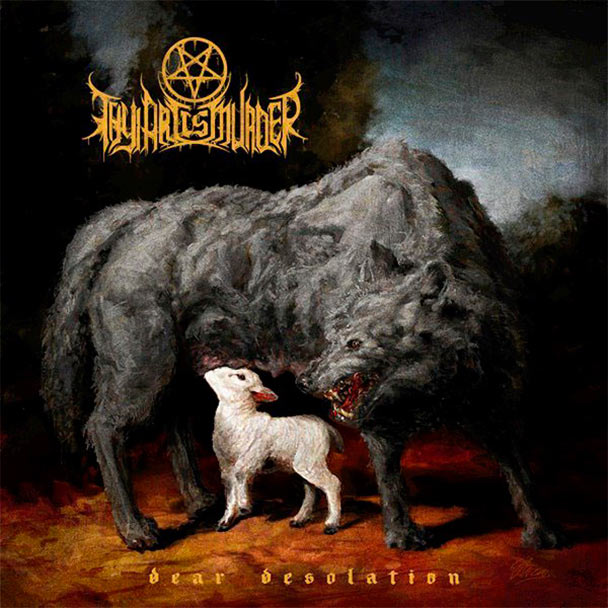