A new Wolves In The Throne Room album has been announced for a September 22nd release! It will go by the name of “Thrice Woven” and be released through the band’s very own label Artemisia Records. Pre-Orders are currently available to those who CLICK HERE.

In support of this, the band just launched a brand new single / music video through NPR. Give it a go!

Since their inception in 2002, over the course of 5 studio albums and hundreds of live performances, Wolves in the Throne Room have refracted Black Metal through their own Cascadian prism. Their songs explore the hidden world of magic that one accesses through dreams, visions and music and the resulting sounds are intimately linked to the wild lands of the Pacific Northwest. Now, a portal into the dreamworld of Wolves in the Throne Room opens again with their forthcoming sixth LP, Thrice Woven – a glorious return to the blazing and furious Black Metal that they alone can create. Today, the band has unveiled a magical new music video for a segment of the album’s first single, “Born from the Serpent’s Eye.” Watch it now courtesy of NPR.

Wolves in the Throne Room commented: “This is our first video. We lit a bonfire and blasted through the first part of ‘Born from the Serpent’s Eye’. You’ll have to listen to the full track to hear Anna Von Hausswollf’s glory. This is the first time we’d played the song with Kody and it f*cking slayed. Peter and Nico captured the magic. May the good fires blaze!” 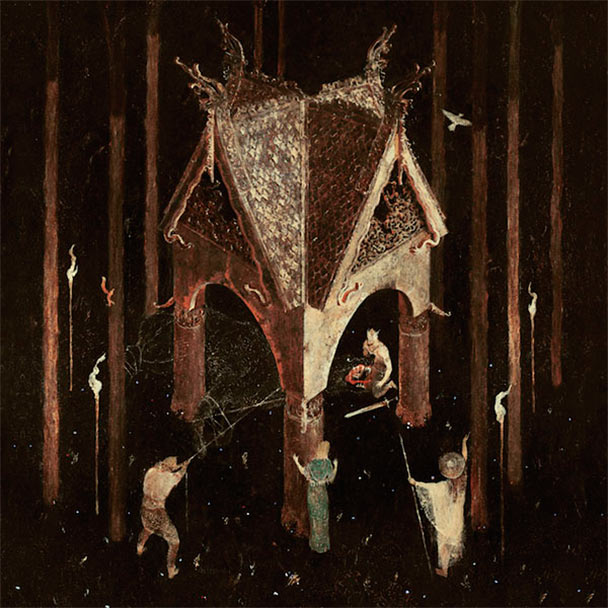