Death heads rejoice! Exhumed have just announced an all new album “Death Revenge” which will be released on October 13th through Relapse Records! Pre-orders are currently available to those who CLICK HERE.

In support of this upcoming beast, the band has launched their first single “Defenders of the Grave”. You can give it a listen through the official press release provided here:

Lock the mausoleum doors and chain up the cemetery gates. Long-standing gore metal maniacs, Exhumed re-emerge with their disgusting new album, Death Revenge. The band’s sixth full-length sees them tread into ambitious new territory with their first concept album: a musical melodrama in thirteen parts based on shocking true events. Death Revenge takes place in the late 1820s in Edinburgh, Scotland and tells the macabre tale of a series of brutal murders where the victims’ cadavers were sold to anatomists, amid a grisly underground trade of grave-robbery. Recorded with producer Jarrett Pritchard (Goatwhore, Eternal, Gruesome), Death Revenge takes the band’s signature gore-drenched, death metal mayhem to theatrical and ghastly new depths. Cover illustration is by Orion Landau with interior illustrations by Lucas Ruggieri.

Frontman Matt Harvey comments: “We’re very excited to see this record come out. It’s been a long time since we’ve fucked up your stereos! I think this record has a darker vibe than the last two, with a pretty gnarly tale of grave-robbery, dissection, murder, and all sorts of general skullduggery. We dig it and we hope you filthy animals will too.”

Listen to the new song “Defenders Of The Grave” via YouTube here:

Death Revenge is set for release on October 13th on CD, LP, deluxe LP with cassette, and digital formats via Relapse Records. Physical packages and digital orderS are available via Relapse.com. 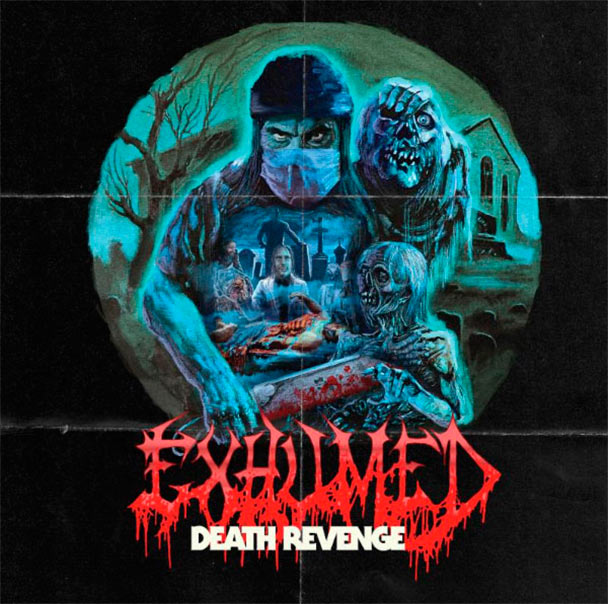