Zaius have signed on with Prosthetic Records to launch their debut album “Of Adoration”. This will occur on on October 6, 2017. New music and pre-orders are currently on the way! Here’s the official word in support of this:

Prosthetic Records welcomes Chicago-based four-piece instrumental group, ZAIUS, to their ever-expanding roster. Formed in 2010, the band explores a lighter, more melodic side of the members’ musical tastes without abandoning the metal tendencies that come natural to them.

Guitarist Dann Dolce comments on the signing: “We are insanely proud of these eight songs and can’t wait to share our first full length with the world. A proper release is what this album deserves, and Prosthetic Records really has our backs on this. The four of us couldn’t be happier.”

Of Adoration, the band’s debut LP, will be released via Prosthetic Records on October 6, 2017. The opus was tracked at the start of 2017 with Jeff Edwards before being sent off to be mixed and mastered by Chris Common (Pelican, Mouth of the Architect, Minus the Bear). The record features eight tracks that peaks and valleys its way through over 40 minutes of music.

“We try not to conform to any specific sub-genre and pull influence from as many places as possible,” reflects Dolce. “Our goal is to keep our songs moving and dynamic, heavy yet engaging, not letting parts drag on longer than they have to.”

Illustrations for the album were created by Marald Van Haasteren (Baroness, Kylesa) whose style is as colorful and alive as these tracks were meant to be.

ZAIUS first arrive on the scene withAll Your Friends Are Dead, the band’s 2011 debut EP, which showcased a fine mix of dense and morose guitar playing. 2013’s Divided By Tides EP came next and pushed things further, adding in soaring melodies. The album was met with glistening reviews, with MetalSucks proclaiming, “the world needs more instru-metal bands like ZAIUS, who steer completely clear of djent while still managing to bring the groove (via Maserati), atmospherics (via Constants, If These Trees Could Talk, etc) and the heavy (via Scale the Summit). Bomb.” 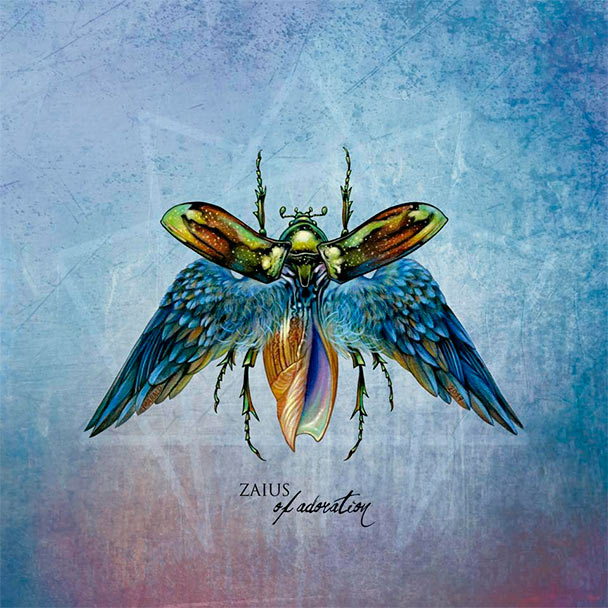