The time has come for the return of Eximperituserqethhzebibšiptugakkathšulweliarzaxułum! Lengthy first impressions aside, this is an excellent and very intelligent Death Metal unit spanning out from the reaches of Minsk, Belarus. They made quite the impression with the release of their debut full-length album last year and now they’re ready to storm the world of metal music once again!

As such, they’ve announced the release of an all new EP “W2246​-​0526”! This is set for release on October 20th with pre-orders currently available to those who CLICK HERE. Be on the look out.

In celebration of this upcoming release, we’ve teamed up with Eximperitus (for short) to bring their EP teaser directly to you! For a beautiful glimpse of the impending Death Metal driven doom that is “W2246​-​0526”, you can press the “play” button on the video right here:

We’ll have a full review of the new record coming out later this week so stay tuned for that as well… Likewise, you can get more of a taste of what’s to come over on Bandcamp where Eximperitus is streaming another teaser!

There’s quite the interesting concept laid out behind this release. That being the case, here’s the official description of the EP, as provided by the band themselves:

“It was named ‘W2246-0525’ after the brightest galaxy known so far, that is being devoured by black hole. Being remote from us 12.4 billion light years away, it is being observed in the very state when the Universe was only 10% as old. Symbolizing the process of eternal dying and decomposition of all the bases of creation, asserting that even the great will fall! This EP contains two tracks. The first part is Ḥeka (Anc.Eg. Magic. Literally it means ‘fortification of Ka activity’). Egyptians considered that expanding the force of a soul is the very principle on which magic works. The word ‘Ḥeka’ also implies great force and the impact which the practicing one may inflict on Ka gods. The second part is Deshret (Anc.Eg. Desert). The habitants of the Ancient East believed the desert is the realm of demons, sorcerers and evil deities. The same belief may be addressed to a mind/consciousness of a man.” 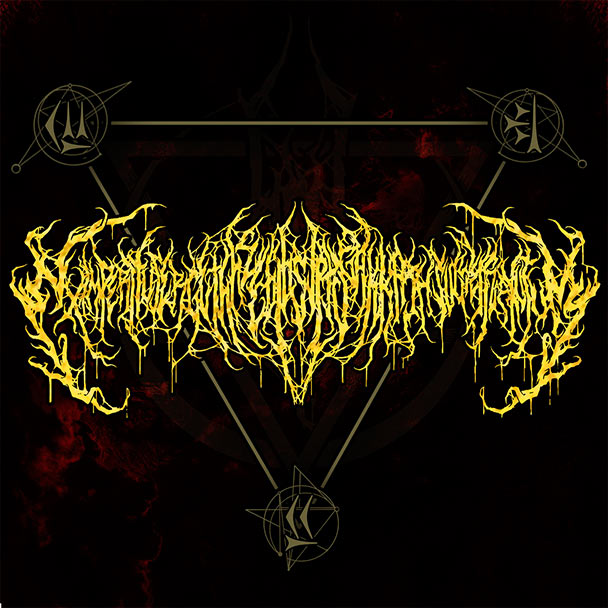