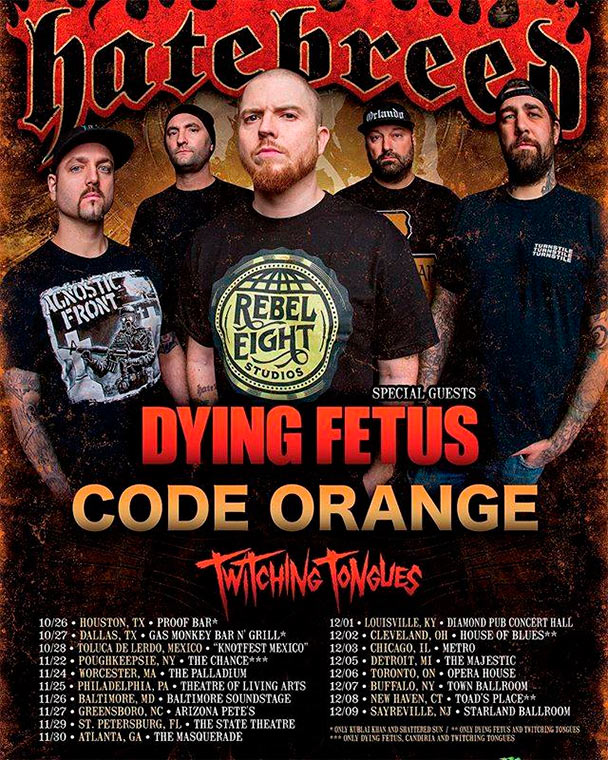 Hatebreed will be embarking on an anniversary tour in October! Or, rather, they’ll be embarking on a double anniversary tour! This will be done to celebrate 20 years of “Satisfaction Is the Death of Desire” and 15 years of “Perseverance”. Support for the trek has just been announced as well! Hatebreed will be backed by no less than Dying Fetus, Code Orange, and Twitching Tongues!

Jamey Jasta had the following to say of this, “Sometimes it’s good to look back just to see how far you’ve come. There’s about four-five songs off of Satisfaction Is the Death of Desire and about six or seven off of Perseverance that we rarely play, so we’ve hit the rehearsal room and dusted off a killer batch of songs and deep cuts that we’ll blast your eardrums with this fall. Come celebrate not one but two anniversaries with us!”