Pestilence disbanded for the second time back in 2014 but, apparently, they’ve returned! Rejoice!

To mark their glorious return, they’ve prepared an all new Death Metal record to crush your senses. This will be released in March of next year! They’ve released the album art for what will be known as “Hadeon” and released the following statement in accordance with this announcement:

Following up the re-issues of the classic Roadrunner albums on deluxe 2-CD and high quality LP, Pestilence is preparing for worldwide domination in 2018.

Aside from intensive touring around the globe the main focus will be on the 8th studio-album since they started in 1986. “Hadeon” is an all out Death Metal attack, in 13 tracks, combining Pestilence’s old school roots, their progressive trade-mark and a killer production, which will appeal to both old and new fans.

The fitting album artwork is created by Santiago Francisco Jaramillo from Triple Seis Design (Lock Up, Dying Fetus, Inquisition). The concept is based on a multi-layered reality, alien presence and negative frequencies. 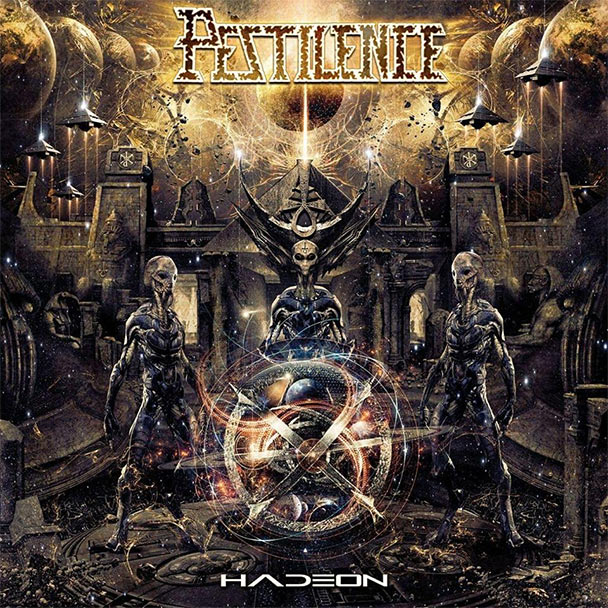