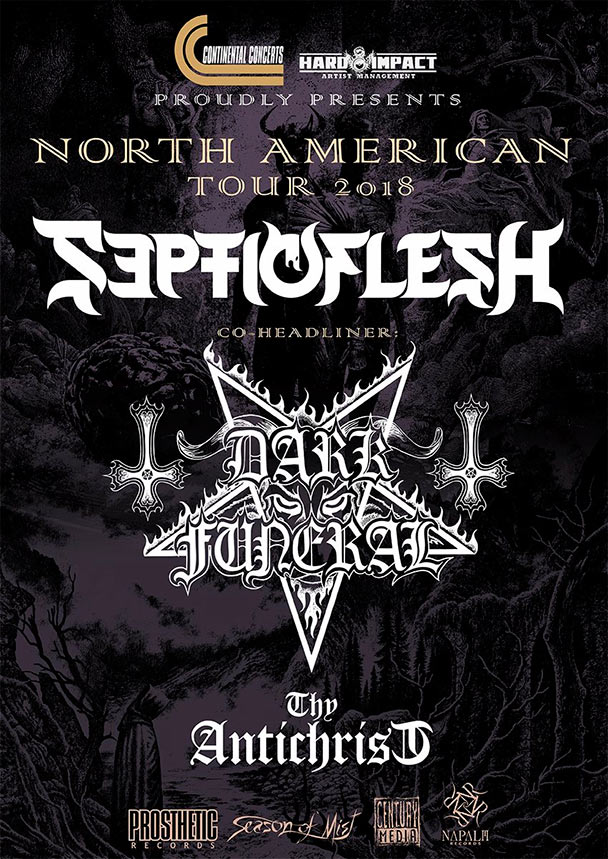 It has been confirmed that Septicflesh and Dark Funeral will be co-headlining a tour of North America in 2018! In this venture, they’ll also be joined by Thy Antichrist to make a remarkably dark extreme metal show.

Septicflesh released the following statement in regards to the upcoming tour:

Septicflesh return to North America in Feb / March 2018 to support their critically acclaimed new album “Codex Omega” with them, the swedish lords of the black Dark Funeral will co bill the event to make it one of the most memorable packages to hit the North America in very long time, also supporting the tour is black metal Colombian / Texan outfit THY ANTICHRIST…are you mortals ready?

In the meantime, you can check out recent music from all three bands right here: