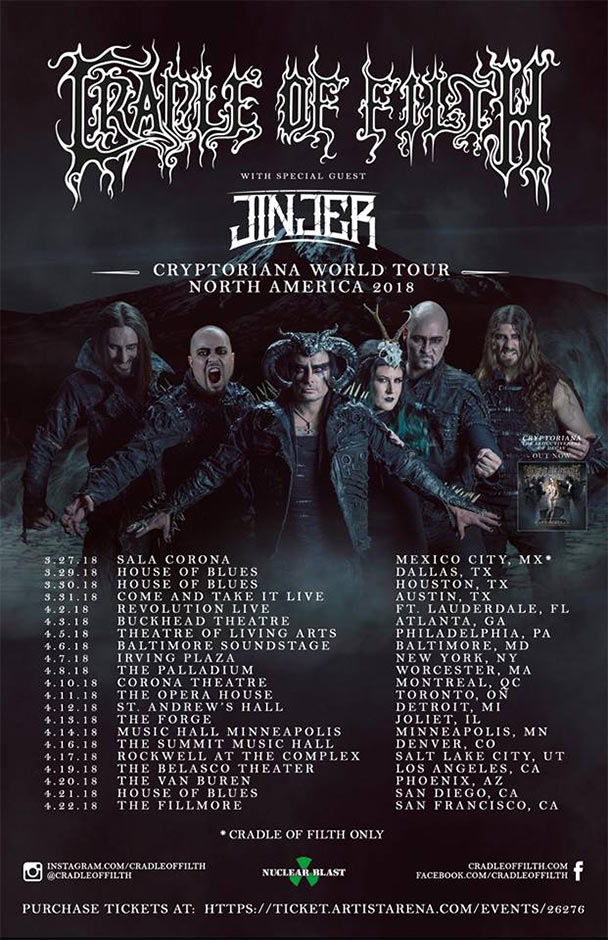 Cradle of Filth and Jinjer will be colliding for a tour of North America in 2018! You can check out the dates provided on the flyer above and music from both bands down below.

Dani Filth had the following to say of this venture:

“Cradle Of Filth are very much looking forward to the U.S/ Canadian leg of the Cryptoriana World Tour. Even more so now that we have just finished the extremely successful UK run, and with a huge European run ahead of us the band will be totally up to speed, firing on all cylinders and playing a cool, yet eclectic set from the new album and beyond (the extensive ‘Bathory Aria‘ from Cruelty And The Beast now being a firm fan favorite). So get ready for nights of insane gothic horror and vehement perversity come the cusp of April, when Cradle hit the States where it hurts.”