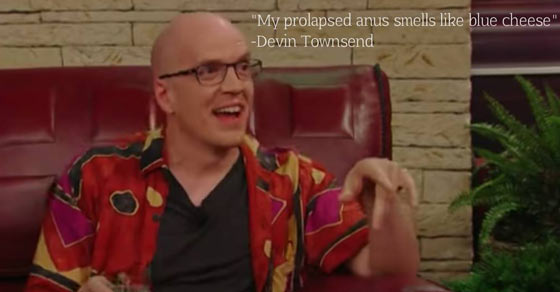 Devin Townsend made a live appearance on Bulgarian live television and it was every bit as great as one might expect. More specifically, he was featured as a speaking and musical guest on “Slavi’s Show”. If you’re looking for roughly 20 minutes of entertainment and Hevy Devy strangeness, this is the video for you! Enjoy!

In other Devin Townsend type news, the man is currently working on four full-length album! …among other things… You can learn more about that by CLICKING HERE.