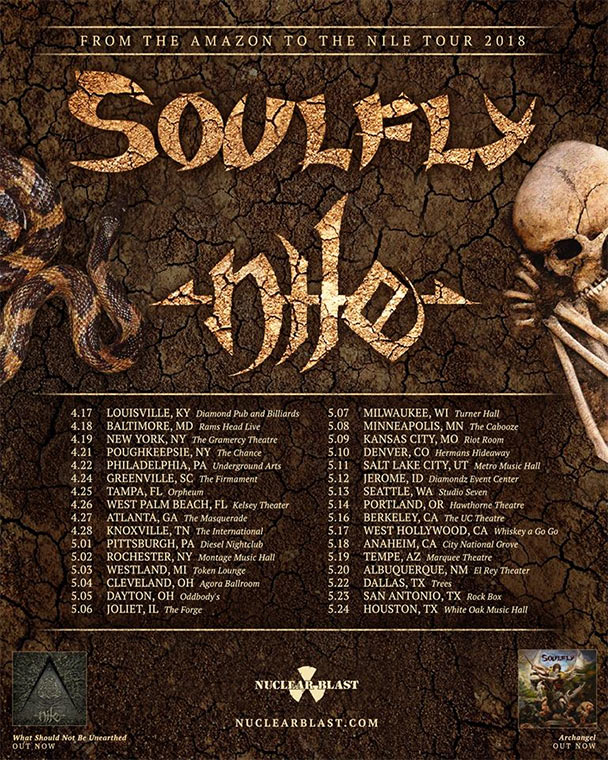 None other than Soulfly and Nile will be joining forces for a United States tour next year! You can find the dates on the flyer up above and recent music from both bands down below.

Nile’s Karl Sanders had the following to say of this announcement:

“We are thrilled to have the opportunity to bring Nile fans in the States a last round of touring supporting the ‘What Should Not Be Unearthed‘ album. Teaming up with Soulfly is going to make for a killer package sure to please Metal Fans.

‘2018’ coincidentally also happens to mark the 20th Anniversary of the ‘Amongst The Catacombs Of Nephren-Ka‘ release, so we are likely going to playing some not-heard-in-years material from that classic recording as well as fan favorites from our entire catalog ,and of course tracks from our latest release, What Should Not be Unearthed. Metal will Take Place!”