In short, Thakandar are metal as fuck. A more lengthy explanation could land along the lines of their five-member German heritage and supreme delivery of a sound crossing the bridge between Melodic Death Metal and Black Metal to steamroll your senses. This band is great at what they do.

This shows through their new album “Sterbende Erde”, which translates to “Dying Earth”. It’s currently available for streaming in full and purchase over on Bandcamp. You can also grab some physical Merch! The band themselves describe the album as such, “A Dystopian Melodic Black Metal Soundscape! In a postapocalyptic world the last scattered remnants of human civilization fight for their survival. The people have their own fault to repay. After every new beginning the renewed ending is doomed again by decadence, waste and greed.”

To support this effort, we’re now streaming the German lyric video for the track “Erbschuld”, which translates to “Original Sin”. Give it a go down below and show the band some love if you enjoy! 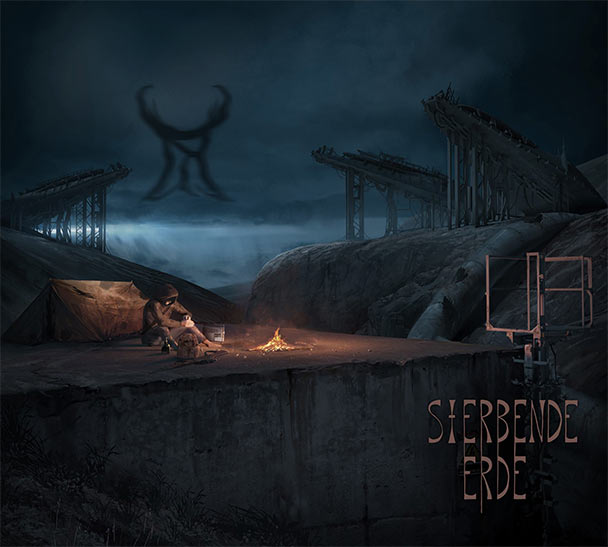