[Boston, MA] – Broken Bonds is pleased to announce the release of its debut album “Gravity,” available on all major online platforms December 8th, 2017.

Broken Bonds is a melodic combination of progressive metal and electronic influences. It was started as a passion project of Seattle-born guitarist and composer Josh Brown. The atmospheres and textures invoke the vastness of the universe while the lyrics reflect power struggles and the path to self-acceptance. The contrasting elements paint a picture of how adversity and mortality bring us closer together.

The project was put together by guitarist Josh Brown while he was contributing to local Seattle band Thread the Sky. The decision to add vocals already set the two bands apart, but Brown was also aiming for a darker, almost alien aesthetic. He had already produced all of the instruments, so it was fortunate that Shane Benoit a.k.a. Event Horizon was on board to record the vocals, as well as audio engineer Marco Mendoza.

“I wanted to do something that could be dark and heavy while remaining clear and expressive. Not really having a defined lineup kind of made things tricky, but I was lucky to work with some really solid guys on this. I’m really grateful for that.” – Josh Brown

“Gravity” is the first release by Broken Bonds, an independent progressive metal project that was started by guitarist Josh Brown. The album represents the culmination of over a year of work, with all of the instrumental composition and recording being done by Brown. The song “Cognitive Dissonance” features vocals and lyrics by local Pierce County, WA vocalist Stephan Dominguez. It has a style firmly planted in progressive metal, but crosses over predominantly with electronic music. “Gravity” can be downloaded from most online streaming and music services (Bandcamp, SoundCloud, Spotify, iTunes, Google Play, etc.). 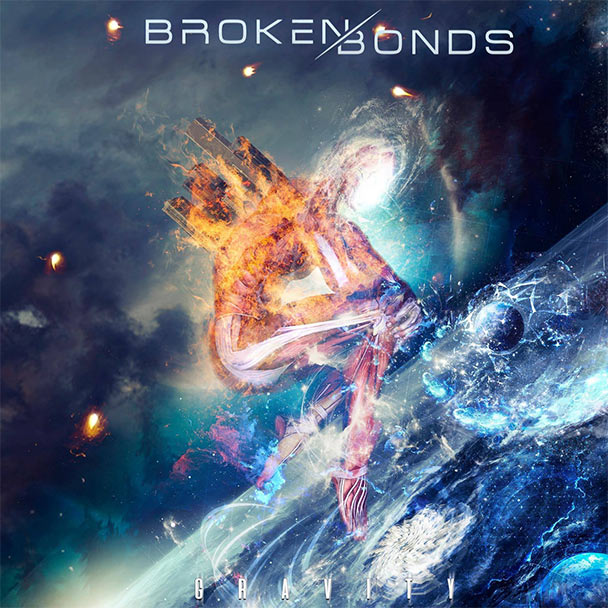