You never know what kind of greatness you’ll run into on Bandcamp. The UK based collective DVNE are no exception. They play out an excellent blend of post-metal, doom metal, and progressive rock with some wicked songwriting chops.

All of this and more shows through their 2017 album “Asheran”. You can give it a full listen and pick i up over on Bandcamp. Enjoy!

Here’s the official description from the band:

Asheran is a 60 minute tapestry of music, an epic narrative following the tale of the rise and fall of civilisations, the return of an empire thought millennia lost, and the world-spanning events that unfold as a consequence.

Rich with themes of science fiction, environmental issues, and both dystopic and utopic visions for the future of humanity, listeners can expect the album to bring the pure heaviness vaunted during Aurora Majesty, whilst at the same time being tempered by the combination of more mature progressive, genre-spanning, and often at times melodic song-writing the band are quickly making their hallmark approach. 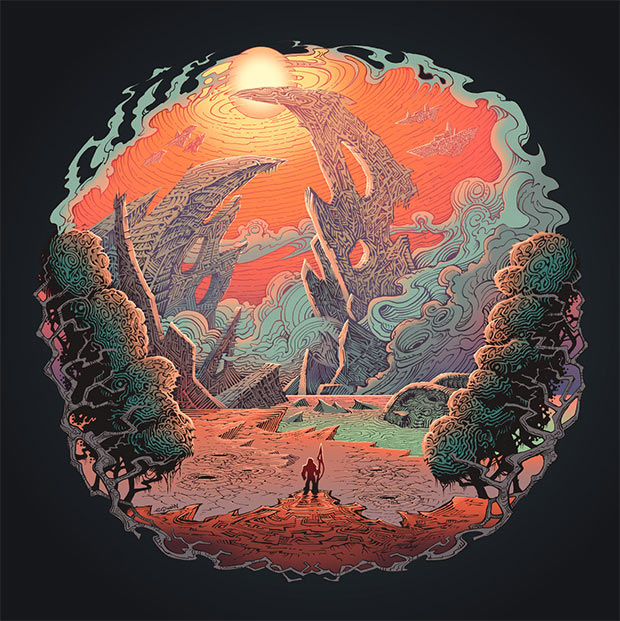