Aerith is the real deal. 2018 has only just begun and they’re already a contender to have one of the best EPs this year. Their line-up consists of none other than Aborted drummer Ken Bedene, Aaron Green, and Frank Bedene. They prove to be a wickedly talented trio, weaving together some truly next level Melodic Death Metal with some Symphonic and Tech-Death moments to boot. All these factors lead to a beautiful and cathartic listening experience… made of metal! … and Final Fantasy references!

They’re christening the band’s launch with an incredible single “Beyond Terminus”. This is a 4+ minute triumph featuring none other than guitarist Benjamin Ellis (Scar Symmetry, ex-Bloodshot Dawn) and the lovely voice of Melissa Rosenberg (Melrose). It’s not hard to imagine the melodeath fans of this world keeping this one on repeat.

The single was launched in support of the aforementioned EP which is scheduled to hit the world next Friday, January 26th! Pre-orders are currently available to those who head over to Bandcamp. Hop to it if you’re interested in hearing some highly professional and intriguing Melodic Death Metal! You can also follow along with the band and their progress by giving them a “like” over on Facebook. Enjoy!

This is how the band describes their work over on Bandcamp:

This project began so that two friends could create a style of metal that was influential too us. The project was named after the character Aerith/Aries from the video game Final Fantasy 7. Besides the fact we are nerds and huge fans of the game, we love what the character represented in the story of FF7 and thought it would be a great fit for the project.

After 2 years between writing, recording around Kens rigorous touring scheduale with Aborted, mixing and mastering, the EP is finally done and ready for all of you too hear. We hope you enjoy what we created. Spread the word and help us get these awesome tunes out there!! 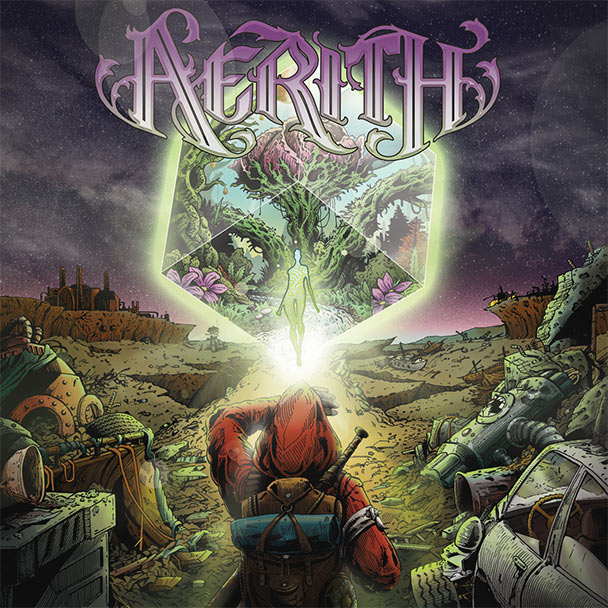