Are you looking for a good steamrolling over the ears? Hellish God is an extremely brutal and dark Death Metal band making themselves known from Campobasso, Italy. They signed on with our good friends over at Everlasting Spew Records and have been doing nothing but damage ever since. Between four members, they conjure up some truly twisted and enjoyable heaviness.

They’ve been hard at work since their inception in 2015 and the fruits of their labor show on their new album “The Evil Emanations”! Making the rounds since last week, this LP could easily be recommended to Death Metal fans across the board. The beast is currently streaming in full over on BrutalFullAlbumsHD and is, likewise, available for streaming and purchase on the Everlasting Spew Bandcamp page.

The following description comes with the album:

Hellish God’s “The Evil Emanations” showcases 10 tracks of blasting Death Metal! Featuring current and former members of Antropofagus, Imposer and Mindful Of Pripyat the band moved its first steps in 2015 with the intent to play savage and satanic Death Metal influenced by the classic late ’90s sound.
“The Evil Emanations” is the band first full album and is conceptually focused on Qlipoth, metaphorical shells which represent evil spiritual forces in the Jewish mysticism. 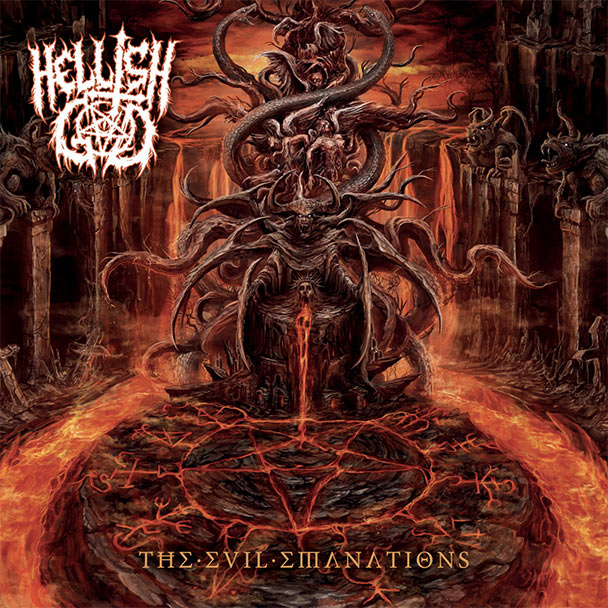