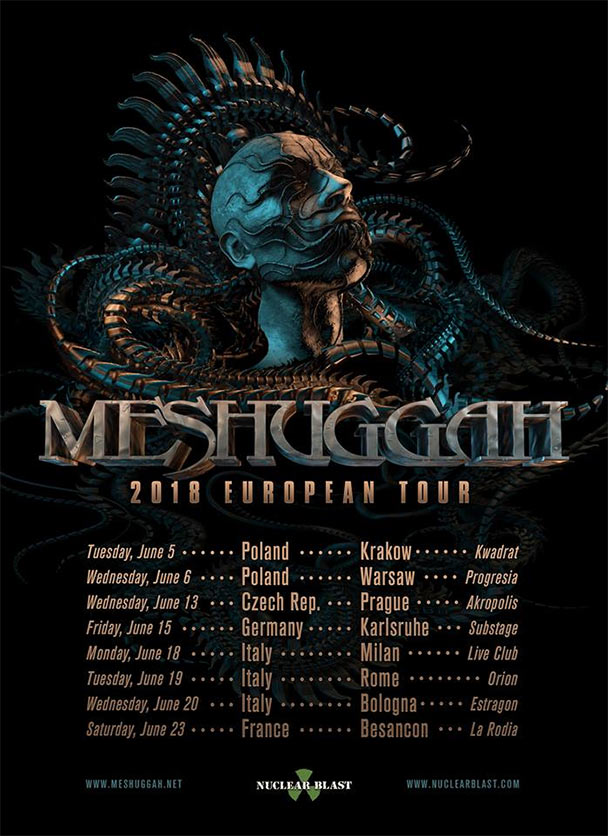 Europe! Your time has come! Meshuggah just announced a series of shows to sweep the old continent for Summer 2018. You can find them provided on the flyer above which came with the following blurb on Meshuggah’s social networks:

Meshuggah have announced a European tour for summer 2018. After an extensive tour in 2016, the band will return to Europe in June 2018 to play some select club shows.