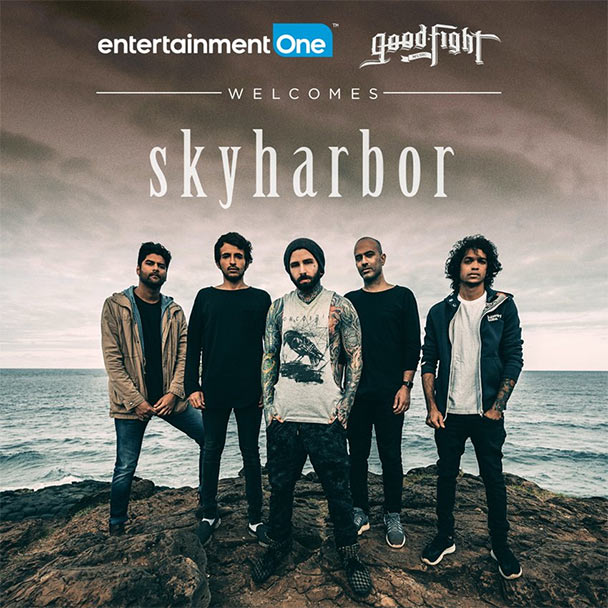 Big news from Skyharbor here! They’ve signed on with Good Fight Music and eOne Music in order to release their new album “Sunshine Dust” this year!

CLICK HERE for all kinds of teasers and new music from Skyharbor!

The band is currently in the studio with producer Forrester Savell (Karnivool, Twelve Foot Ninja, Dead Letter Circus) working on their upcoming full-length Sunshine Dust. The new LP will be the follow-up to Guiding Lights released in 2014. Guiding Lights featured the single “Evolution” which went on to be one of the band’s biggest hits.

“It goes without saying that we’re stoked as all hell to have found our new home with Entertainment One and Good Fight Music,” says guitarist Keshav Dhar. “They have been key in bringing to life our vision for where we want this band to go, and we’re delighted to be able to bring our new record out to the world through them.”

SVP of Metal, eOne Music Scott Givens adds, “Entertainment One is committed to developing and breaking new rock/metal music talent. Skyharbor has already laid the foundation for an amazing future with us and we are all excited to get to work.”