Slayer, “The End Is Near” – Final World Tour 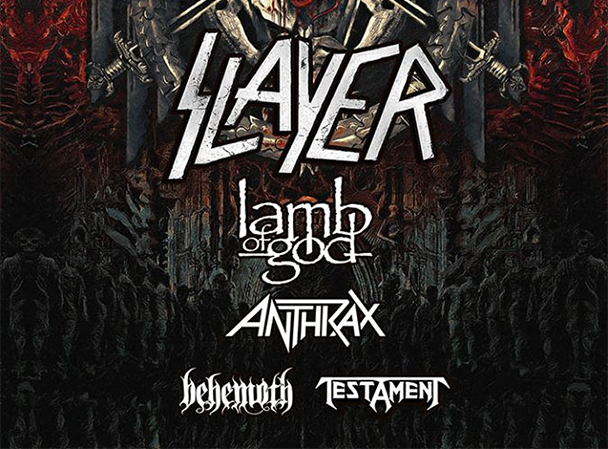 The end of Slayer appears to be looming nearby. The band announced their final tour and imminent end today. This was done through the following video with the caption, “The End is Near…Slayer to tour the world one more time…” The band also posted up a tour flyer showing which bands will be joining them for the North American leg of their final world tour. It will be no less than Lamb of God, Anthrax, Behemoth, and Testament in support of these legends for their final trek across North America.

Stay tuned for the dates, ticket sales, and more news… Two things are for certain – Slayer will be dearly missed and this final world tour will bring out some amazing times! Prepare yourselves…