1/23/18 UPDATE – The whirlwind of Tool rumors and statements in regards to new music continues. The latest comes from an Instagram live chat caught by MetalSucks in which guitarist Adam Jones states that the music is done and the lyrics are being written. There was also a recent rehearsal video shared around. 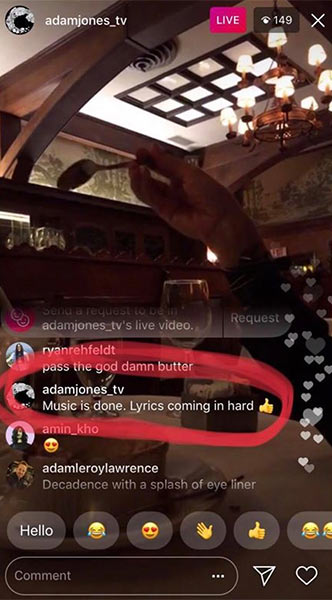 1/18/18 UPDATE – Different members of Tool keep insisting that the new album will be released in 2018. Another such one of these statements  has arisen from the band’s drummer Danny Carey along with a few key updates potentially moving the timeline up. He had the following to say while speaking with Overdrive.ie – primarily about his involvement in the supergroup Legend Of The Seagullmen (LISTEN HERE).

“It’s all coming together really well. We’ll be hitting the studio again very soon and have a couple of gigs in May, so hopefully, we’ll have the album out before that. It’s wishful thinking at this point. I actually think I said that this time last year (laughing).”

“Yes, there’s a lot of material that’s already done so, we’re looking to go into the studio pretty quickly here and off we go! Things are just rollin’ along. We don’t just hang about here in Hollywood, we are pretty much working all the time.”

Given the band’s history with these updates, we’ll have to ultimately wait and see what happens. Stay tuned…