After a lot of build up and recent teasing, Amorphis have announced their new album “Queen Of Time” for a May 18th release! Here’s the official statement released via social networks in support of this:

Amorphis have finally finished recording their upcoming new studio album, entitled »Queen Of Time«. The record is scheduled for a May 18th release.

In comparison to its predecessor, »Under The Red Cloud« (2015), the album will include the use of real strings, flutes, orchestral arrangements and even choirs! In addition, this will be the first time that people will be able to hear their lyricist Artist Pekka Kainulainen on the album as he contributes a speech in Finnish.

The album was once again produced by the famous Jens Bogren (OPETH, AMON AMARTH, KREATOR, and many others).

The cover artwork was created by French artist Jean ”Valnoir” Simoulin from Metastazis.

»Queen Of Time« will be also the first album with their old/new bass player Olli-Pekka ‘Oppu’ Laine following the departure of Niclas Etelävuori in 2017.

Vocalist Esa Holopainen had the following to say of this:

“I guess ‘Queen Of Time‘ turned out as a massive surprise to all of us. During the rehearsing and pre-production we didn’t have any idea that Jens had this huge picture inside of his head about the landscape of the album. It’s a very natural continuation to ‘Under The Red Cloud‘ but with steroids.

The songs are more aggressive but there’s more dynamics, harmonies and orchestral arrangements present. The result is Amorphis as something you’ve never heard before! Essentially, working with Jens worked really well. As a person he is very similar to us – we share the same kind of weird humor and we all like to work hard.”

Bassist Olli-Pekka ‘Oppu’ Laine had the following to say of this:

“Even though the last year with Amorphis has been exciting, nostalgic and fun, it’s also been truly comfortable to be with the guys again. As a clichéd expression, it’s been like returning home from a lengthy odyssey. After eighteen years, it feels like we are picking up where we left off from the good ol’ days! I’m really looking forward for the upcoming tour.

The new album itself is a really strong package, the only hard thing will be picking which songs to play live! It’s safe to say we are set to pull off some killer shows over the next few years. After that, I’m predicting a long and fruitful career for the band in its current form…” 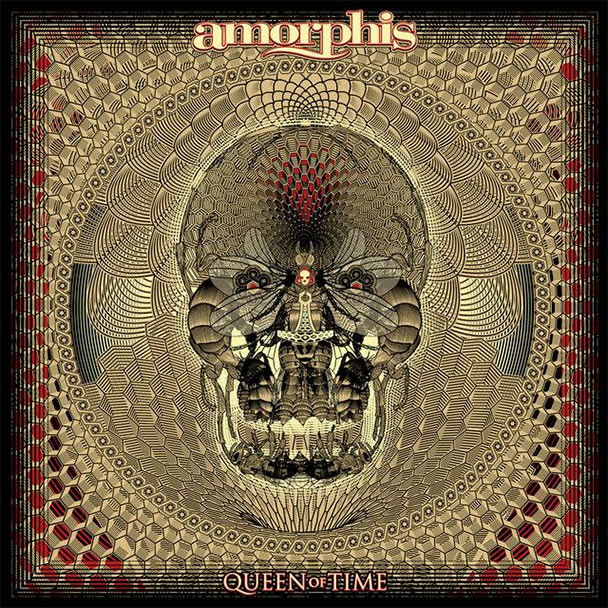