Augury have announced an all new album by the name of “Illusive Golden Age”! They’ve launched a teaser and official press release in support of this. You can scope out all information right here:

Montreal-based progressive death metal legends Augury has been hard at work the last few years writing and recording the follow-up to their critically acclaimed sophomore album, Fragmentary Evidence. Today the group is proud to officially announce their 3rd full-length, Illusive Golden Age. Set for release on March 30th through The Artisan Era.

The stunning cover art was designed by renowned artist Filip Ivanovic, who created last year’s Origin album art. Augury enlisted Cryptopsy guitarist Chris Donaldson at The Grid Studios in Montreal with the album’s mixing and mastering to ensure a high-quality sounding final product. Illusive Golden Age is certain to be one of 2018’s most memorable death metal records, and a strong return to form from one of the modern eras most influential progressive death metal acts. The albums first single will see release next Monday, February 5th.

**You can listen to an early album teaser video HERE

Augury had the following to say about Illusive Golden Age
“We’re proud to present you Illusive Golden Age, our new album, which makes the connection musically and lyrically with Concealed and Fragmentary Evidence. It took us quite a long time to concretize so we’re eager to see people’s reaction to our new music. Illusive Golden Age is a poetic tale about the recurrence of downfall and a glance at some factors that bring down societies, influenced by lost civilizations and their enigmas.” 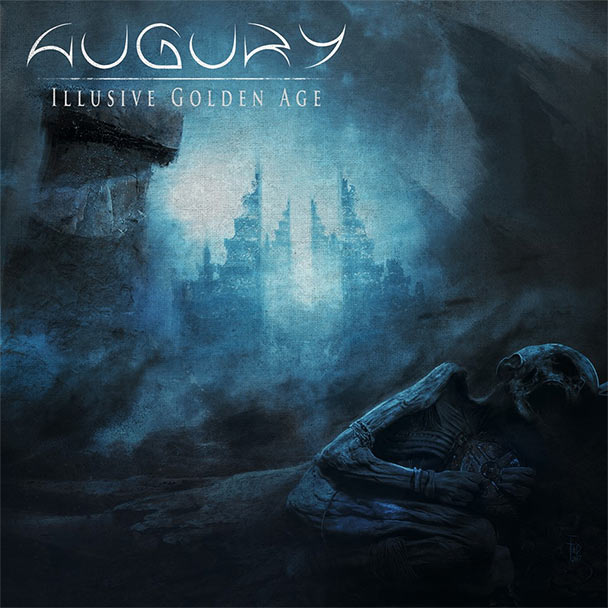