We’re proud to present an all new single from the mighty Divine Realm today! It goes by the name of “Autumn” and it brings the instrumental prog edge this band has come to known for in all of its splendor. You can give a listen to this down below and read over the official press release in support.

It’s also worth noting that the band has an all new EP “Nordicity” on the way! It’s set to strike on March 2nd and pre-orders are currently available to those who CLICK HERE. Enjoy the music!

From its humble beginnings as a one-man band of multi-instrumentalist Leo Diensthuber in 2010, Ontario based instrumental progressive metal act Divine Realm have come a long way in just a few years. The project really kicked into high gear upon fleshing out into a full band line-up with the release of 2014’s well-received Abyssal Light EP. Which was followed by an even stronger effort on the group’s 2016 debut full-length, Tectum Argenti.

Now in 2018, Divine Realm is back and proud to announce their upcoming EP, Nordicity, which is set for release on March 2nd. Divine Realm has never been content to define themselves as adherents solely to one sound, and as a result, Nordicity draws influence and comparison to prog luminaries such as Pomegranate Tiger, Between The Buried And Me, The Human Abstract, and Animals As Leaders throughout each of its five multi-faceted songs.

You can check out an early teaser video for Nordicity HERE

Divine Realm guitarist Leo Diensthuber had the following to say regarding the new heights Nordicity reaches
“I feel like out of all our releases, this one reflects us as players more than any other. This is the first release our longtime drummer Josh Ingram has actually played on, and I think people will be blown away by what he brings to each song. Also, a first, Marc Roy recorded/produced the entire EP, aside from post-production which was done by myself. With Tyler Brayton being our producer on Abyssal Light and Tectum Argenti, I feel like passing the torch to Marc cleared his mind to focus on what he really loves to do, which is create music and perform, both of which resulted in a complete cohesion between locking in with Josh’s drum parts and taking the frontline in many sections. I think some of our strongest melodic sensibilities shine through on Nordicity, yet at the same time, I can hear my inner fifteen-year-old self, influenced by Chuck Schuldiner, Marty Friedman and others on parts of my solos/leads.

I made the decision on Tectum Argenti to give Marc half the guitar solos, and once again it was the best decision I could have made. Marc’s instinct for melody/phrasing makes for some of the most memorable guitar parts that have ever made it on to a Divine Realm record.” 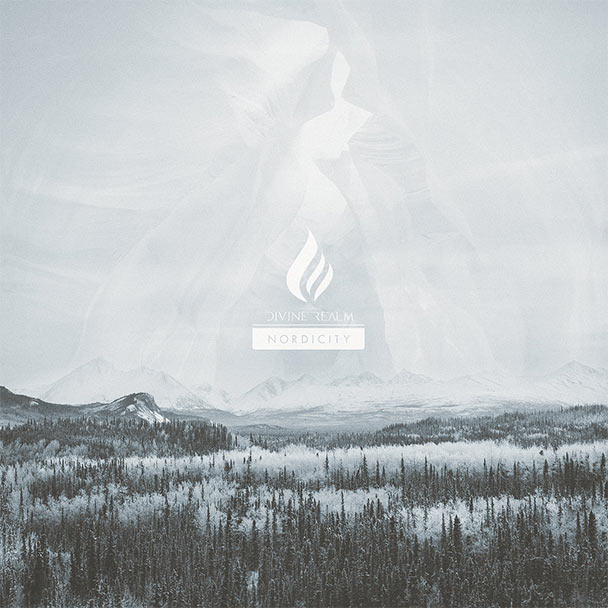