Booming out of France, The Dali Thundering Concept strike once again! This time around, it’s been done in conjunction with the vocal strength of Oceano’s Adam Warren. You can check out the new track “Ink” down below.

The band is currently planning the release of an all new album entitled “Savages”. This will see the light of day on April 13th through Apathia Records. Pre-orders are currently available to those who CLICK HERE.

Here’s the official press release in regards to this release:

French progressive metal quintet THE DALI THUNDERING CONCEPT have announced the release of their dystopian concept album of album Savages, out 13 April via Apathia Records.

Savages is a dark projection of the future of humanity, should it not take drastic action to alter its course. What are the consequences of the global warming, the rise of right-wing populism and the politics of nostalgia, the growing rich-poor divide? According to THE DALI THUNDERING CONCEPT the future is very bleak.

Low-tuned riffs, crushing grooves and painfully abrasive vocals deliver this message with huge effect and urgency, however there is a glimmer of hope, illustrated by hints of electronica and even jazz. It’s an album of anger, suffering, despair and conflict, with many twists and turns; an impressive achievement for a band so young in their career.

THE DALI THUNDERING CONCEPT will be touring the UK and Europe far and wide in 2018, dates to be announced soon. 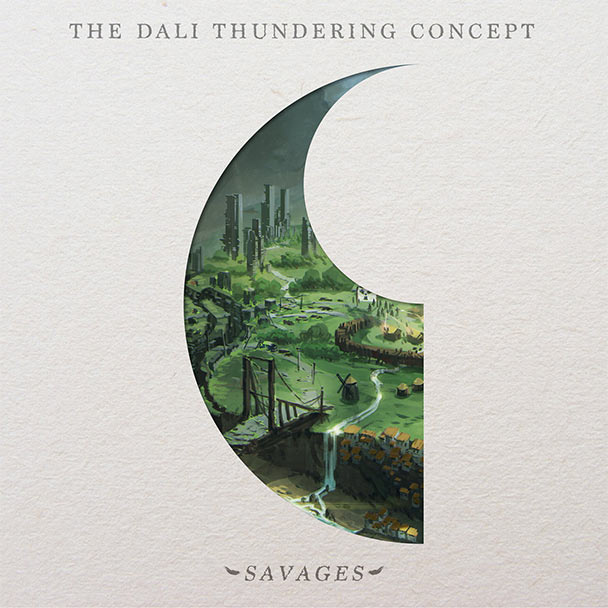