Æpoch “Burn Them At The Stakes” World Premiere Single

Looking to have your face displaced by a good melting? Look no further! The Canadian Death Metal band Æpoch are here to destroy your existence! So buckle up and hit that play button…

Here’s the official press release in support of the new music!

Canada has consistently remained a flourishing scene for quality death metal since the inception of the genre itself. The torch continues to be carried by new generations of Canadian death metal musicians as time goes on. Steeped in a rich musical history, yet driven by ambition to carve out their own niche. This is precisely where Ontario natives Æpoch fit in. The group has cut their teeth playing as many live shows as possible over the last 5 years while working on establishing their sound on their 2013 Demo and well received 2015 EP, Æpochalypse.

Awakening Inception Cover Artist Justin Abraham Comments
“I wanted to do something that would tie together the main ideas of the album concept using the themes of psychosis, torture, and space. So Brett sent me all the lyrics and let me have total control of what came out. This is one of the most fun covers for me thus far!”

Æpoch Fretless Bassist/Vocalist Brett MacIntosh statement about the album
“This album is a large step forward for us, although most of the songs were started during the time of writing our ‘Æpochalypse’ EP (2015 release) as well, we have had more time to refine them. We are completely satisfied with this effort and hope the fans will enjoy what we have to offer. Awakening Inception as a whole is very dark. There’s no single concept to it, but it is generally anti-human in focus. Touching on topics such as misanthropy in” Burn Them At The Stakes”, to night terrors/sleep paralysis in “Awakening Inception”, to space and science to mental illness in “Delirium Of Negation”. “Serenity Of Non-Existence” is even about an out of body experience I had when I was younger.”

About the band
Hailing from Cambridge, Ontario, now primarily Kitchener/ Waterloo, Æpoch has worked hard over the past 5 and a half years to establish themselves as one of Ontario’s finest Death metal acts. Formed in September 2012 by Chris Roche and Brett MacIntosh soon completed by Bobby Chounramany and Greg Carvalho. Influenced by bands like Death, Beyond Creation, Emperor, Gorod, Darkest Hour and Allegaeon. They have released a promo demo in December 2013 and because they seem to like to be under the radar, their debut concept EP Æpochalypse in December 2015. Supporting bands like Beyond Creation, Allegaeon, Archspire, Cryptopsy and about to tour with UK’s Bloodshot Dawn. 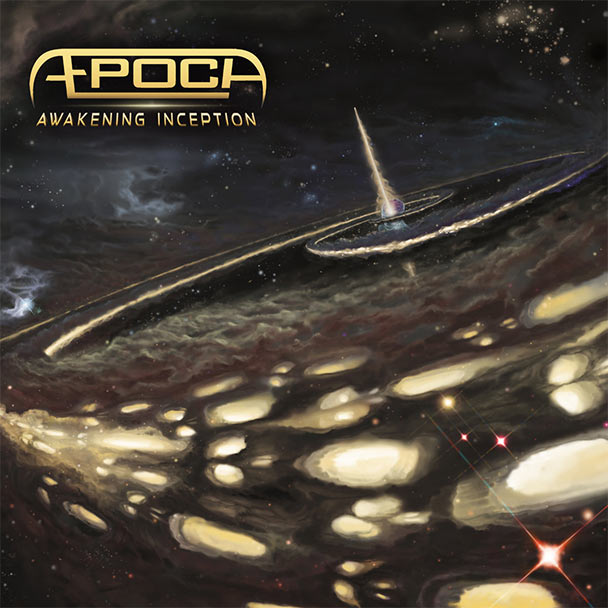