Rejoice! The Pennsylvania based Progressive Death Metal band Burial In The Sky will be making a comeback in 2018! They’ve just announced the release of an all new album “Creatio et Hominus” for June 1st!

In support of this, they’ve released a sweet teaser video to give listeners a taste. You can view that right here:

Here’s the first single “Tesla” they had released a bit back:

Here are the statements that were included with release of this teaser over on Facebook and YouTube respectively:

Hey BITS fam! So sorry about all the secretiveness lately! We cannot wait to hear what you think! Keep your eyes peeled for new music and pre-orders which are a lot closer than you might think!

“Creatio et Hominus” is due to release June 1st!

Creatio et Hominus is a start to something more artistically. With future releases we intend to dive even deeper into the ideas we are composing.

Conceptually it travels into a world of peception becoming the creation of all life. The thought process is the way we perceive things guides own personal reality. So in a sense our world is our own. The way that you see it could be vastly different than me. With this record we take the stories of great thinkers, mathematicians, inventors, activists, etc to try and paint an entire picture of life and all its small yet beautiful nuances through the way these people perceived it.

Burial In The Sky came to life in 2013. They started work on a Demo in 2013 and released it that same year In 2014 BITS released “Transcendence” their first EP In 2016 their LP “Persistence Of Thought” was released. After the release of our first LP Sam Stewart joined BITS, then Zach Strouse some months later.

In late 2017 the band released “Tesla” with former vocalist for Aaron Charles Jimmy Murphy with plans to write and record a full LP.

The band wrote and recorded a full length record in 2017/2018. Do to unavoidable circumstances the band had to part ways with Jimmy. While auditioning new live vocalists Jorel Hart of New Jersey’s Cognitive stepped in to record the rest of the record. 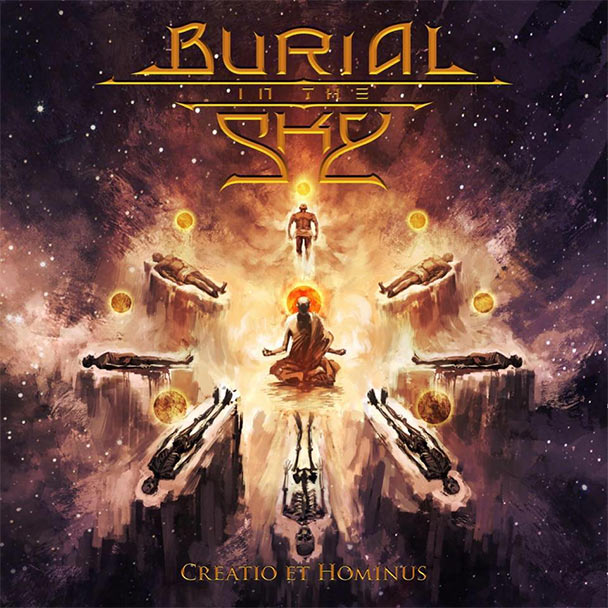