After an absence of eight years, Dutch metal band Blind Sight have returned with their new album ‘March of the Clowns’.

After the release of the successful debut full length album ‘The Tenderstrike Salvation’ in 2006, the band toured through Europe, the UK and Asia, sharing the stages with numerous heavy metal icons like Slayer, Trivium, Mastodon and Machine Head.

In 2010 the band went into a deep sleep allowing the band members to focus on several other projects, forming bands like From Earth, Dead Man’s Curse, HDK and The Darkest Red. Now, eight years later, Blind Sight has returned releasing their new album ‘March of the Clowns’, available on Spotify, iTunes, Apple Music and Deezer.

“We hired a rehearsal room, just for fun and a few drinks, but I guess it sparked up the fire again”, says frontman Geert Kroes on the reconnection with his former band mates. “By recruiting ‘From Earth’ drummer Matthieu Boer and inviting founding member Auke Visser back into the ranks as a third guitarist, we’re stronger than before. We can’t wait to get back on the stage.”

March of the Clowns was produced by guitarist Tommie Bonajo’s Tomster Studio and is scheduled for a physical release on vinyl and cd within the next few months. Blind Sight will be hitting the stages again late summer in support of their new effort. 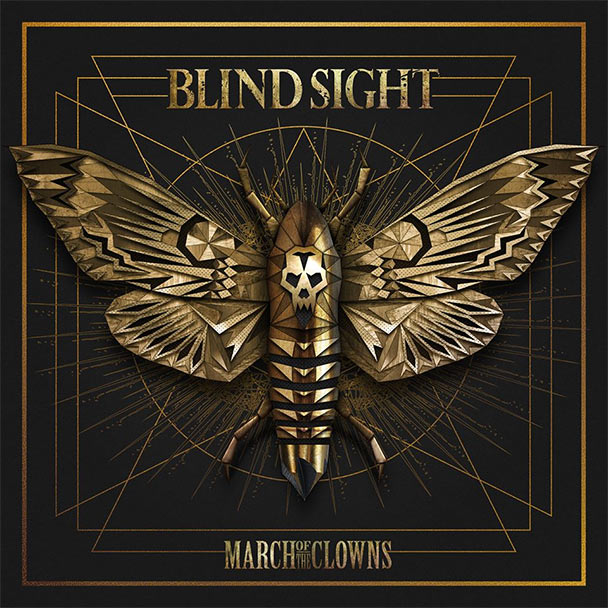