KHARVA is a metal band from Karlstad, Sweden. The band was founded in September 2017 by drummer Charlie Agné, bass-player David “Devan” Jansson, singer Jacob Forsberg and guitarist Micke Larsson. Charlie, Devan and Micke have earlier been playing together in different bands since 2008. Charlie and Micke have also been writing and recording songs, which are now part of the KHARVA live set, since 2015.

KHARVA’s musical style is mainly (death) metal with influences from hardcore, but several songs have influences from many other different musical genres. KHARVA has released a demo with four songs. The demo is an all self-produced DIY-product and the band-members have done all the studio-work (recording, mixing, producing) without the involvement from anybody else. 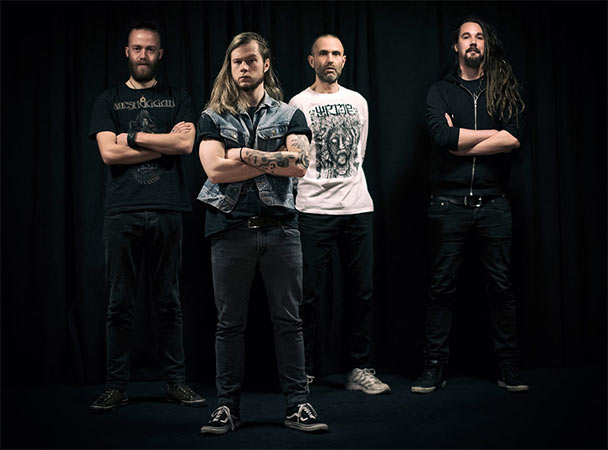