Alex Sévigny Brings About “The Desolation of Being”

For many years now, there’s been quite the creative force working out of Kelowna, British Columbia. Alex Sévigny is a talented guitarist and composer who’s put out some ridiculous amount of music since first surfacing his craft online around the turn of the decade. In that time, (between singles, EPs, and full-lengths) he’s launched something like ~50 projects which is just downright impressive! Talk about having a good work ethic!

The latest of these is a full-length album going by the name of “The Desolation of Being”. It takes a vast amount of emotions and the concept of personal growth and boils it all down through a musical medium to produce 10 fully independent tracks from the one man band himself! All of this is currently available for streaming and a “name your price” download on Bandcamp where you can also flip through the rest of his massive discography!

To directly support the hard work of Alex Sévigny, we also have this streaming from front to back through the player provided below!

If you wish to follow along directly with his work, this can be done through portals such as Facebook, Twitter, Soundcloud, and YouTube where most of this material is available for streaming as well!

Here’s what Alex himself had to say of “The Desolation of Being” via Bandcamp:

These are the sounds that have accompanied me through the dark and light of the last year. “The Desolation of Being”, through which I aim to imply, positively and negatively, that existing can be such a void. An infinitely vaste expanse of consciousness that often feels desolate. Though within its’ emptiness we can still find great meaning, and great opportunities for personal growth. Thanks for checking it out! \m/ 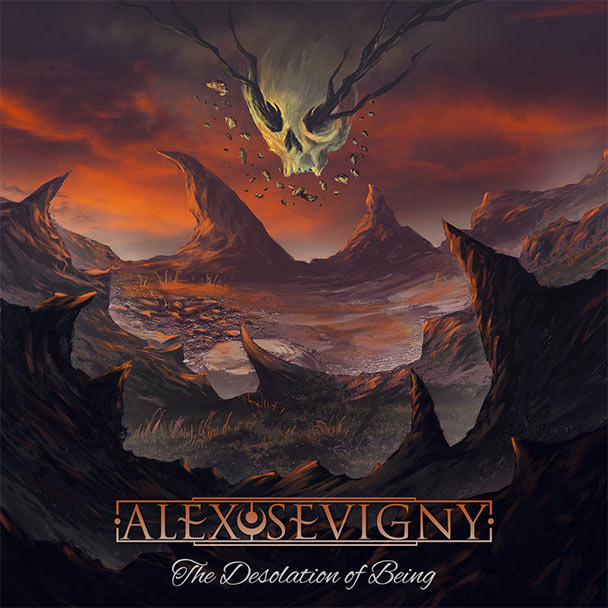