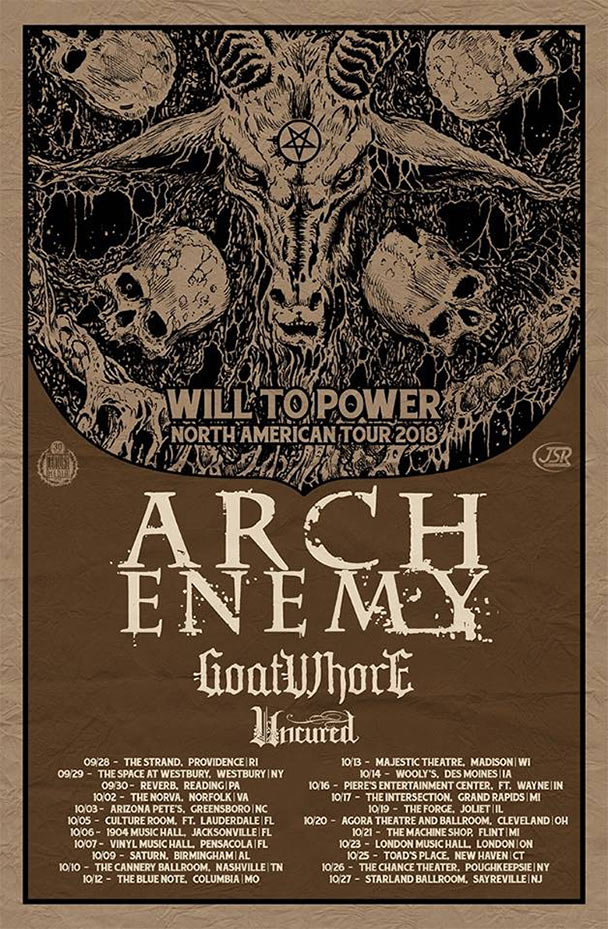 Quite the metal tour has been announced for a run through North America later this year. Starting in September and running through October, Arch Enemy, Goatwhore, and Uncured will be teaming up to make this happen! This will be known as the “Will To Power North American Tour 2018”.

You can scope out all the dates on the flyer up above. You can also find recent music videos from all three bands below. Should make for some good times!