Here’s a huge collaborative band pulling together a large number of instrumentalists from across New York City. Furthermore, they’re pulling together a large number of metal sub-genres to make a unique sound. They go by the name of Homerik with what appears to be three primary members in Ken Candelas, Andrew Petriske, and Obed Gonzalez. In reality, however, this project pulls talent from just about anywhere it treads and it really shows through the music.

Recently, they launched their massive self-titled debut record upon the world! It pulls together 10 tracks across a ~45 minute spread chalk full of creativity a numerous sounds. For more information on the LP, you can head over to the band’s Official Website. You can also give them a follow on Facebook and pick up the album to add to your collection via Bandcamp and other mediums.

To support this effort, we’ve teamed up with Homerik to bring all the music directly to you! Feel free to enjoy this through the stream provided right here:

The band itself describes their mission in music as such over on Bandcamp:

Inspired by world and classical genres, and various styles of Metal, Homerik seeks to amaze audiences with large scale productions and interactive performances. With influences from Norse culture, Egypt, Spain, Eastern Asia and many more countries around the world, their music is approachable by all listeners whether they are devout fans of the Metal genre or not. 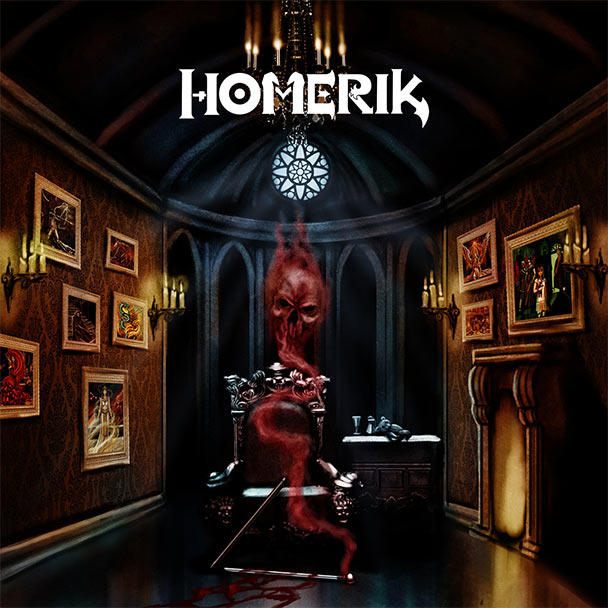