Khemmis Bring About A “Bloodletting” 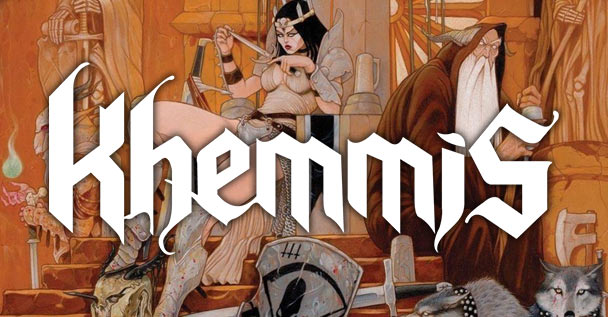 Look who’s back! Khemmis have been making waves through the metal community in recent years and it appears they’re prepared to strike once again. They’re preparing the release of an all new album “Desolation” on June 22nd via 20 Buck Spin & Nuclear Blast. Pre-orders are currently available to those who CLICK HERE.

To bolster this release, they’ve just launched an all new single by the name of “Bloodletting” Give it a listen right here:

While Khemmis is undeniably influenced by doom and classic metal, to tag them with those labels doesn’t do justice to what’s accomplished on Desolation; a perfect representation of modern heavy metal in 2018 that integrates the past in a way only possible in the present. Desolation is not just the best Khemmis record to date but a testament to the quality that heavy metal is still capable of.

Khemmis offers of the new single, “‘Bloodletting’ displays a number of new directions we take throughout this album. A big, harmonized overture gives way to soaring vocals and classic metal grooves before dragging you into uncharted, crushing darkness.”

Here’s another recent video from the band: