You are very close to some heaviness right now. Some may even say you’re Within The Giant’s Reach! This is a hard hitting Metalcore band making their presence known from their base in San Antonio, Texas. Very soon, they’ll soon be stomping down with a new release to reverberate through the world.

That release is known as “In The Beginning”, which is an appropriate title for a debut. It’s set for release this week but, as it stands, you won’t have to wait another minute before listening! The entirety of “In The Beginning” can be found streaming front to back through the YouTube player just below!

If you enjoy what you hear, the album is currently up for grabs over on Bandcamp. You can also remain Within The Giant’s Reach by giving them a follow on social media via Facebook, Instagram, and Twitter.

Here’s the official word coming with this release:

Many bands make metal drawing inspiration from what has gone before, but San Antonio-based WITHIN THE GIANT’S REACH make music courageously drawn from the present, inspired by the reality of the world that surrounds them. Theirs is a firestorm of fury, a searing sonic symphony of songs from the heart dealing, in songs likes ‘Scars’ and ‘Faceless’ with such subjects as bullying and internet trolls. Overall with songs like ‘Rise and ‘The Summit’, WITHIN THE GIANT’S REACH make music of strength, self-belief and empowerment.

Taylor explains the profound meaning of his band’s name.

“The name is based on the struggles we face mentally and physically. The Giant represents the struggle towering over you, keeping you within reach. We don’t let them define us but we are in constant battle until the day you wake up, see your full potential, reach for the sky, and conquer your Giant.”

Taylor and band are stoked for fans to hear the new EP “and feel the energy I want to wake up inside of them. I want to inspire them to conquer their Giants and to do great things. No matter how hard it gets…Move forward! You only have one life, so live it! We want to project our drive, our reach for heavy brutal music bringing back lyrical song-writing.”

Live, WITHIN THE GIANT’S REACH more than live up to their name.

“People feel the raw energy we unleash. Nothing is overly complicated or hard to pick out, but everything hits hard, is in your face, and really tells the story musically that Norman is relying with his vocals. The listeners will really experience the message that we have laid out. You want to bang your head, throw your fists in the air, and scream along every time!”

WITHIN THE GIANT’S REACH’s debut EP “In The Beginning” is due out on May 11, 2018 and available for pre-order on Bandcamp here. 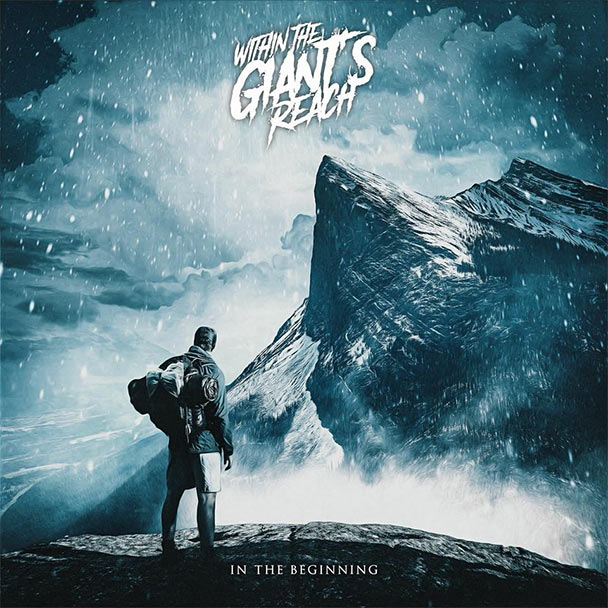