As My Moral Compass Lays Dying 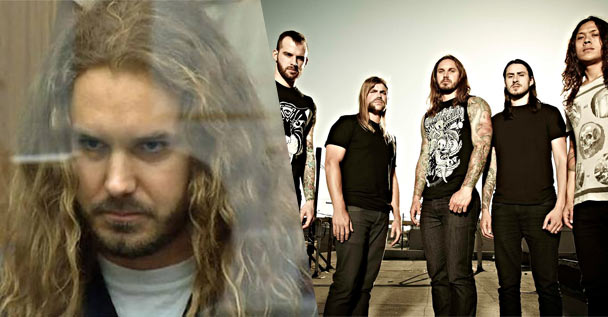 At what point do we separate the artist from the art? This is a debate that has not only reverberated throughout the metal community but through music and art as a whole for some time now. Murderous events surrounding the bands Mayhem and Emperor come to mind. There was even recently a whole to-do with Spotify removing the music of R. Kelly and XXXTentacion from their playlists while citing moral conflicts. Ultimately, Spotify’s decision was reversed due to complications and shades of hypocrisy in relation to other artists.

This is an arena of double standards and differing opinions. In the current day, the question seems more prevalent than ever because more information is readily available. In reality, we’ve been idolizing a number of arguably horrible people for centuries now. Whether it be Wagner’s rampant anti-Semitism or Ted Nugent and Elvis with some alleged pedo tendencies. Not to mention Carlo Gesualdo or Varg Vikernes who actually did kill people. Where should we draw that red line? Or should we even care about that red line? After all, to some people, music is just music. However, others will dip their glass into a cult of personality that transcends the music. Those are murky waters.

Now, time to throw some peanuts from the gallery up here and address the elephant in the room. On a personal level, I feel somewhat divorced from the whole Tim Lambesis situation aside from witnessing it happen through a mess of headlines, actual court rulings, and the ever present court of public opinion. I was never huge into As I Lay Dying but did get some good laughs and entertainment from Austrian Death Machine. All of that is to say I really don’t care if AILD comes back or not. However, they’re here now and it’s clear that others do care a lot… While some people are embracing the return of a favorite band, others are boycotting them altogether. Both of these positions are understandable in varying degrees. This clash of opinions has seen the comeback track’s numbers soar above a million in less than 24 hours. Controversy aside, “My Own Grave” is almost undeniably a ripper.

However, back in cold hard reality, the band is fronted by someone who attempted to have his wife and the mother of his children murdered. I don’t know Tim on any personal level and could never understand where his head was at (I hear steroids may have been a factor) but that’s an objectively shit thing to do. Furthermore, that’s arguably the most shit thing to do. Murder, whether by your own hand or by the hand of someone else, is never acceptable. That should be common sense.

As a quick hypothetical – imagine if Tim didn’t have the whole plot cave in and actually did successfully have his wife murdered… There would be a whole mess of potential possibilities in the random chaos following that kind of event. This ranges from his swift arrest, incarceration, and condemnation to years or even a lifetime of his fans living in ignorance. He may have even been viewed as a victim on the other side and we would never know. How would you feel if those curtains were lifted?

As another quick hypothetical – imagine if Tim wasn’t in a beloved, famous metal band and attempted the same actions. Do you think he’d be out of jail right now? Do you think the amount of mercy thrown his way would be considerably less?

At the end of the day, it’s fine to enjoy music regardless of who’s making it. It’s just the crossroads of sound, emotion, and information we consume and enjoy after all. There’s no reason to be invested in the people on the other side making it. On the other hand, it may become questionable to make a point of supporting or idolizing people who’ve clearly done horrible things.

Ultimately, it boils down to the individual. How do you process the debate? Is it of any moral consequence to you or is it just entertainment? If your favorite artist murdered someone today, how would you feel? Once again, at what point do we separate the artist from the art?