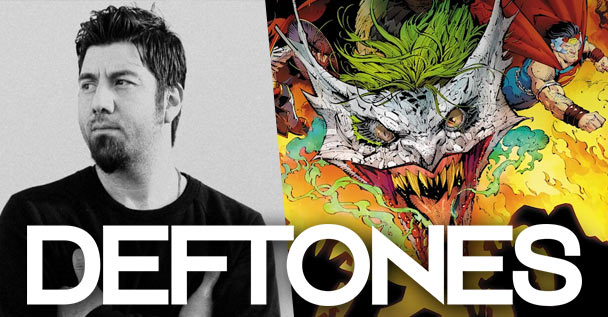 DC comics have been rolling out a pretty awesome collection of music known as the “Dark Nights: Metal Soundtrack”. It’s quite literally a soundtrack for a comic book which is, of course, a bit outside the norm but very cool all the same.

So far, two primary tracks have been released in support of this. First, there was Brann Dailor from Mastodon releasing a track called “Red Death”. Now, Chino Moreno from Deftones released a track called “Brief Exchange”. Both are fully worth giving a listen and can be found below.

You can also learn much more about the project by CLICKING HERE.

In other Deftones related news, the band just came out with an all new line of “Digital Bath” beer! You can learn more about that and their other available beverages by CLICKING HERE.