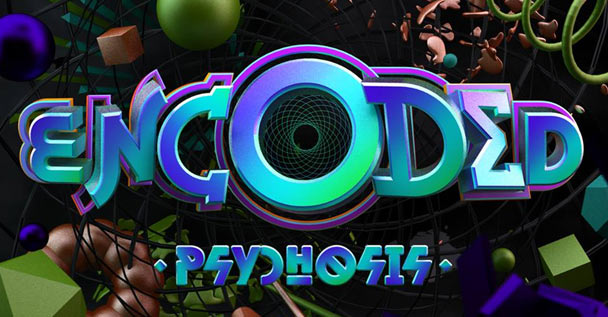 When music comes along that makes me almost blow my equipment up because I want it louder….

Coming from London with some of the heaviest grooves I’ve heard recently; Encoded has released “Psychosis” and it actually may destroy some gear.

Honestly, I cannot listen to Our Faith Has Gone loud enough.

The best way I can describe it is an amalgamation of the best parts of Rage Against the Machine mixed with the foundations of the Djent movement.

Well written lyrics on display in front of disgustingly groovy riffs. On top of WHAT is actually being presented by these fellas; the way in which it’s presented is top notch. It is very well mixed and expertly performed. Think precision like Tech-Death, but with the overall groove and feel of a jam band. It almost doesn’t make sense how well it works. The delivery is almost surgical with how deliberate and exact each note is, but it still conveys a sense of looseness and overall groove.
I mentioned well written lyrics before, and I truly mean that they are a snapshot of the world we live in. They are as heavy as the music that is accompanying them. As with any intense lyrics, they speak to everyone differently, but they WILL speak to you.

This EP has been in rotation since I’ve been lucky enough to hear it.

I will warn you now… You will want this as loud as possible and then some.. So make sure if you crank it and catch something on fire; that you take a vid of it and send it to me.
Take the time and listen to this EP. It is a solid release on all fronts and is definitely worth a listen or 30.