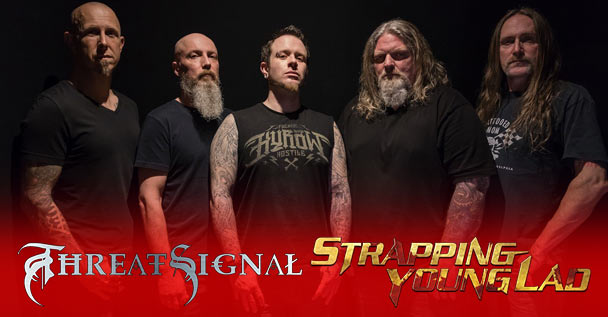 As such, they’ve been launching a number of demo snippets in support of what comes next! Most recently, they launched a full demo for a track by the name of “The Reign”. You can give a listen just below and check some other recent snippets and info by CLICKING HERE.

Here’s what the band had to say about this:

As voted by our supporters, here’s the public debut of ‘The Reign’ (full song). Thanks to all of you worldwide who are supporting us in the very early stages of this band.

‘The Reign’ is about how society can negatively influence the mass majority. Life is all about living it your own way and not trying to be someone you’re not. Be yourself. This may be an aggressive and heavy sounding song, but it has a positive underlying message.

This is just ONE side to Imonolith’s overall sound. ‘The Reign’ represents part of the heavier side of our music. On the flip side, you can expect a lot of melody (vocally and instrumentally), with vocal hooks, memorable guitar riffs and creative, plotting rhythms throughout our music. Imonolith was based and built off of being versatile. Stay posted for more music to come soon!

Thanks as always for your awesome support!