The Chariot Members Fired Because “God Said It Was Our Time” 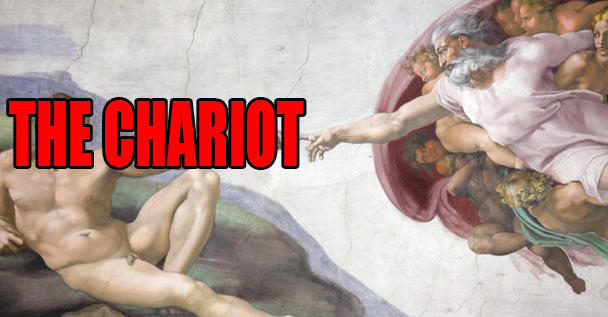 In a recent interview with Jon’s Untitled Podcast, former The Chariot member Keller Harbin detailed the strange means by which he and then bassist Joshua Beiser were fired from The Chariot in 2006 – who completely broke up in 2013. More specifically, he stated that the band’s front man Josh Scogin blamed the decision on “God’s will”. You can check out the exchange in the podcast provided below or read the full quote here:

It was weird. I mean to me that band was like my true love you know. And me not being in the band fucked me up for a long time too. Like it really fucked with me and stunted me I guess in some ways. Because just the way it went down.

I didn’t leave. Me and Beiser didn’t leave on our own accord. We didn’t. We weren’t like, “alright we’ve had enough we’re done.”

We were asked to leave and then because, “god said it was our time.” Which is just basically a cop out for, you know, I think if I want to do something, but I need a good excuse. I can just blame it on god because you can’t argue with god.

And that’s how we felt like it was done. Like, we both felt like how do we get the god card? Like, it’s like, ‘Oh, I want to keep dating you. But you know, God says, You know, I gotta move on, because he’s got someone else for me.’

And there’s, you know, there’s many levels to that and it doesn’t really matter because it doesn’t… One: It doesn’t give me with the money that I feel like I’m owed. Two: It doesn’t like improve the relationships between the folks that were divided because of it.

So it doesn’t really fucking matter, you’ll catch it on VH1 Behind The Stories one day maybe, if anything ever happens.