A solo artist with a vendetta against sexual predators 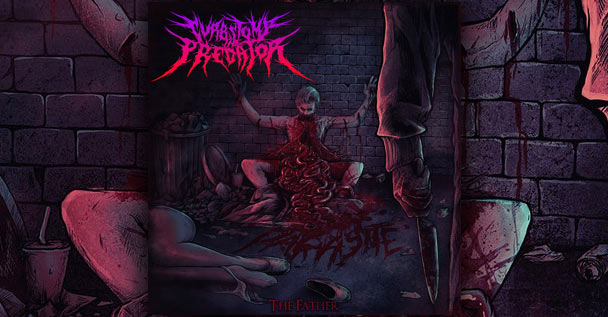 Joshua Croslin is the founder and creator of a very direct and personal deathcore internet solo project called “Curbstomp The Predator”.

Josh’s main focus (as the name implies) is putting awareness on sexual predators of all kinds within our community and beyond that even. His ultimate goal is to connect with those who have suffered at the hands of such tragedy. He says, “It’s a sickening world we live in and it’s only going to get worse. Unless we stand up and speak out before it’s too late for someone else”. He aims to let the people know that have gone through the terrible experience that they are not alone and to help others speak out if they’re going through the same atrocities.

Joshua’s first full length album is has been entitled “The Father”. He goes on to say, “This is a concept album and true story about my life and how I came to be and figuring who my “father” was. To discovering I was born and conceived through rape and plotting if I were ever to meet him one day, that he would be a dead man walking.”

Say what you want about Joshua Croslin and Curbstomp The Predator, but he is definitely determined through his music to impact and change people lives and to put a sexual predators on blast. (Literally!)

Currently he has three singles off the upcoming full length out right now on Spotify, Google Play, and Apple Music. Joshua even has a fourth upcoming one he says and it’ll be the last one before the album is released.

(Dates on these releases are still TBA.)

But if you’re looking for some Bonecrushing Heavy Slamming Deathcore with some real emotion in it with a purpose. Look no further than Curbstomp The Predator!