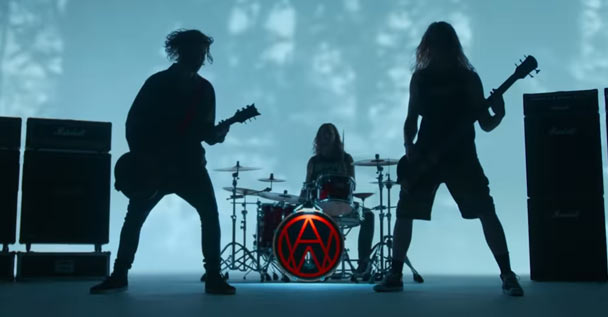 Alien Weaponry have exploded into success surrounding the release of their debut album “Tu”. What really sets them apart is the use of Maori chants to compliment their heavy music. It’s infectious to say the least.

In support of the new album, the band just launched another music video for the track “Whispers”. This can be seen right here:

While previous songs “Ru Ana Te Whenua” and “Kai Tangata” have related to historic battles and injustices faced by their ancestors, “Whispers” raises much more recent incidences of conflict – the Foreshore and Seabed Act passed in 2004; and the Trans Pacific Partnership, signed in 2016.

“These are just a couple of examples of the government not respecting the voices of the people, especially Maori,”says guitarist and lead singer, Lewis de Jong. “Even though historic wrongs have supposedly been righted with compensation, when the same thing keeps happening it’s hard to believe there has really been a change.”