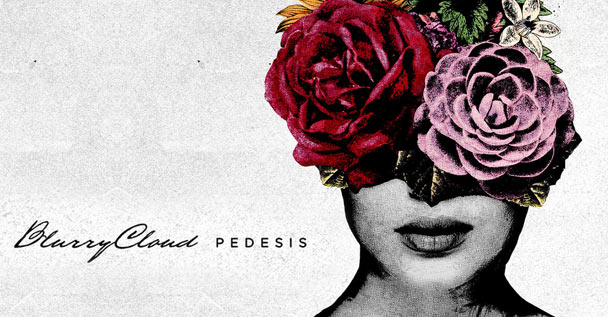 For the uninitiated, BlurryCloud is the brainchild of Jack DeMaio. He was responsible writing, recording, producing, and mixing what you’re about to hear. And what you’re about to hear is a brilliant, out of the box combination of Progressive Metal and Rock, a modern djent sound, a little bit of electronic music, and a lot of experimentation. As a comment on his previous album “Far From The Sea” said, “This is delightfully weird as hell.”

Now, as a follow up to “Far From The Sea”, BlurryCloud is preparing the release of an all new album in “Pedesis”. This is set for release next week on August 8th and is currently available for pre-order over on Bandcamp.

In support, an all new single by the name of “And Breathe” has been released! You can enjoy this through the audio stream provided just below.

Here’s the official press release in support of BlurryCloud:

Progressive and heavily orchestrated one-man project BlurryCloud announced the coming release of their second instrumental album, Pedesis, on 8 August 2018. Largely influenced by artists such as Devin Townsend, David Maxim Micic, and Plini, among others, BlurryCloud has a distinct style that brings together a modern progressive metal sound and a softer, sometimes droning post-rock influence.

Compared to their debut, Far From the Sea, Pedesis has a far more paced and handcrafted sound with a clearer stylistic approach. Every track on the album contributes to a central theme of natural beauty that degrades with time. In sum, Pedesis has a somber tone that is often elevated in moments of intensity.

Pedesis would not be what it is today without those who took part in shaping its sound. Most notably, Pedesis features a guitar solo by Adam Rafowitz from the up-and-coming Arch Echo, Larissa Terescenko, who plays violin for David Maxim Micic, and Richard Blumenthal and James Knoerl who play piano and drums, respectively, in Aviations. Other guests include Greg Chalabi on guitar, Kyle Schaefer (Archaeologist) on vocals, Ryan Cho on viola, and Roberto Granados (The Halcyon Effect) on guitar.

Jack DeMaio, from West Chester, Pennsylvania, is the man behind the project. He writes, records, arranges, produces, and mixes all of the music himself. A guitarist since he was 11 years old, Jack is now 24 and has been writing music independent of the guitar since he was 15. Outside of the progressive community, his sound is influenced by a variety of artists such as San Fermin, TTNG, Grizzly Bear, Beirut, Mogwai, Trent Reznor, Arcade Fire, Radiohead, and many more.