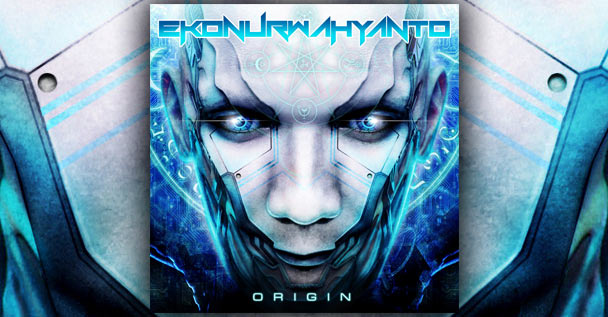 After the release of the Blasted EP at end of 2017 with Monoserus, Eko Nurwahyanto began to reactive a solo project that has started in 2016. This was one year after the formation of Monoserus in 2015. The songwriting process was completed in 2017 with 8 tracks produced. However, there will only be 4 songs on debut EP Origin. In terms of material, the songs contained on the EP Origin have a Metalcore/Djent approach. There are also many Post-Hardcore and Deathcore characteristics.

On the first single called The Reign Of Chaos, Eko Nurwahyanto collaborated with two guitarists from Europe. They are Daniel James Griffin from UK as lead guitarist and Leo Natale from France as rhythm guitarist. In addition to European musicians, Eko Nurwahyanto also collaborated with musicians from Indonesia. They are Giovano from Pekanbaru as vocalist and Adrian Wirahamedi from Jakarta as bassist.

The Reign Of Chaos tells the story of misbehavior in humanity’s past which resulted in the destruction and suffering of future generations. Past generations seemed to be a disease that eroded the motherland and left without giving life expectancy. Now, the time for us as a young generations to heal the wounds of the motherland and present a glimmer of hope for the future.