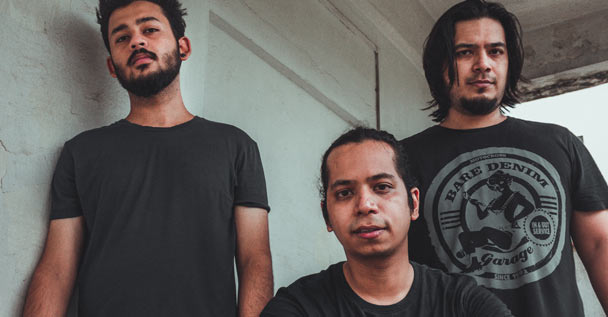 There’s a three man band making their presence known from over in Guwahati, India. They’re known as Lucid Recess and their craft boils down to creating some nice Alternative Metal / Progressive Rock music that’s equally abrasive and digestable. They strike this balance with grace as they forge forward independently into the musical unknown. They’ve been hard at work since their inception in 2004 and have created a cohesive sound together as a result. It’s not a stretch to draw parallels between their sound and some rock greats from over time.

They’ve released three albums to date and are currently constructing an untitled fourth. The band handles all recording and post duties themselves, truly striving for the DIY approach which is, of course, quite admirable. This has proven to be the case once again towards the work on their new album.

In support, they’ve released an all new single by the name of “Blindmen” which also has a completely self-made music video which can be viewed down below. While listening to “Blindmen”, you’ll witness a subtle electronic groove which evolves into a full blown headbanger of a rock track. There are a number of ear worms waiting to be found to those who jump in. So prepare yourselves and press that “play” button right here:

Lucid Recess is currently made up of two brothers Amitabh Barooa covering lead vocals along with bass guitar and Siddharth Barooa on guitar with backing vocals, and with their friend Sandeepan Baruah bringing the rhythm on the drum kit. Together, they share a good bit of talent and potential so keep tabs on them! It’s driven them to win a number of awards and has even allowed them to open up for greats such as Meshuggah, Wolfmother, Megadeth, and Steven Wilson!

If you’re interested in hearing and learning more from Lucid Recess, there are a few paths to do so. First and foremost, you can enjoy a number of their other music videos and singles through the videos listed out below. Second, you can engage directly with the band by giving them a follow on platforms such as Facebook and Instagram. Enjoy!